Model Activism
We got together with these models of Elite to mark International Women's Day. Anna from the UK, Lara from Brazil and Antonia from Croatia answered our questions about who inspires them, their best advice and what girl power looks like in 2018. Photos by Bekky Lonsdale.

Have you been inspired by a book or film recently with strong women?

I went to see Three Billboards Outside Ebbing, Missouri, and the main character in that is a groovy mother – normally in films, mothers are portrayed as weak, but she sets fire to a police station, she’s pretty dramatic! She’s trying to force the police to listen to what she has to say, and when I went to watch that, I knew it would be about this woman who put up the billboards, but I imagined her pleading: “please, save my child” but she’s really strong. I definitely recommend it, it’s a really good film.

Have you got any advice you’d give to your younger self?

Just don’t be scared to do what you want to do, don’t feel like you should do something just because your friends are doing it. I feel like I was like that most of the time, but sometimes I felt like I didn’t want to do something. It’s hard because when you’re a teenager, because you’re feeling awkward and strange, but I think I feel so much more comfortable in my skin now, and if I’d felt like that when I was 13, I would have been so much happier. 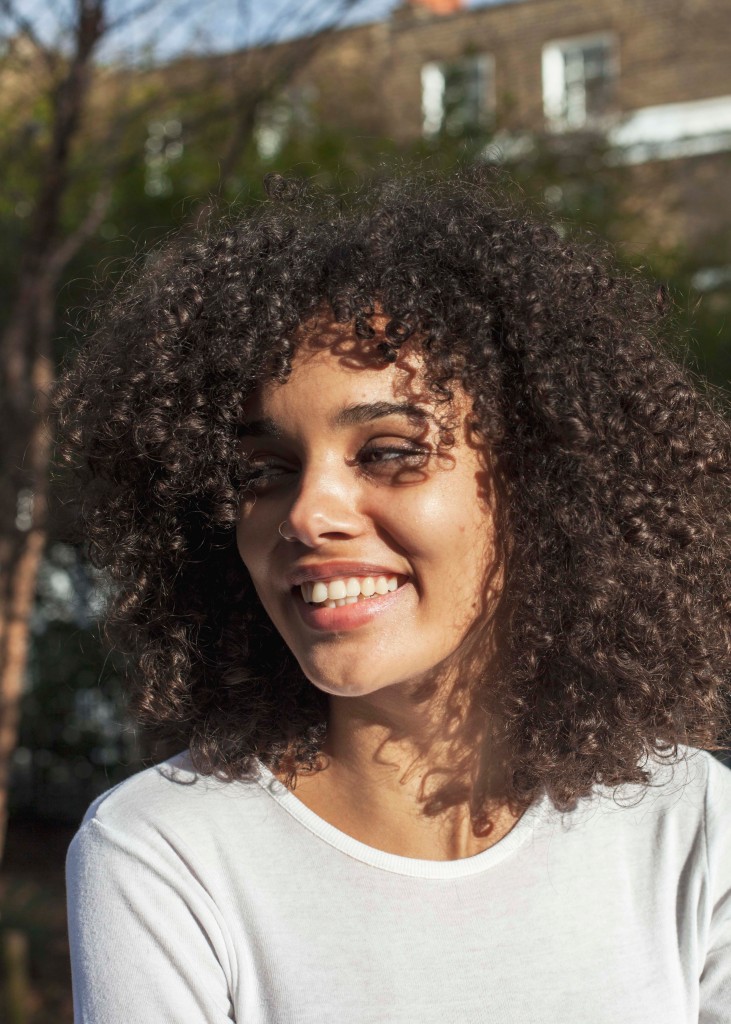 How did you become a model?

I was scouted in Brazil 2 years ago, I was shopping and an someone approached me, an agent in Brazil. And here I am! This is the first time I’m in London, I’m still learning English – this is my first international trip! It’s so exciting. I might have a shoot in Morocco on Wednesday – I can’t wait! If I go, I will only be there for three days, but it will be amazing.

What does the word empowerment mean to you?

I’m a black woman, I have curly hair. Before, there was no market for black women to be models, but now I’m so excited because today there is a market for women like me. We are being accepted. Before I had to straighten my hair, but I love my curly hair, I don’t like it when it is smooth and sleek. It is a sign of how attitudes are changing. People think my hair is for fashion, but this is my identity. I am glad fashion is changing. I used to go to castings and I was the only black model, now I’m not any more.

What is your message to young women?

Follow your dreams, believe in yourself. Find your purpose and follow it. I’m living my dream now, I believed in mine and I am here now – so go for it! 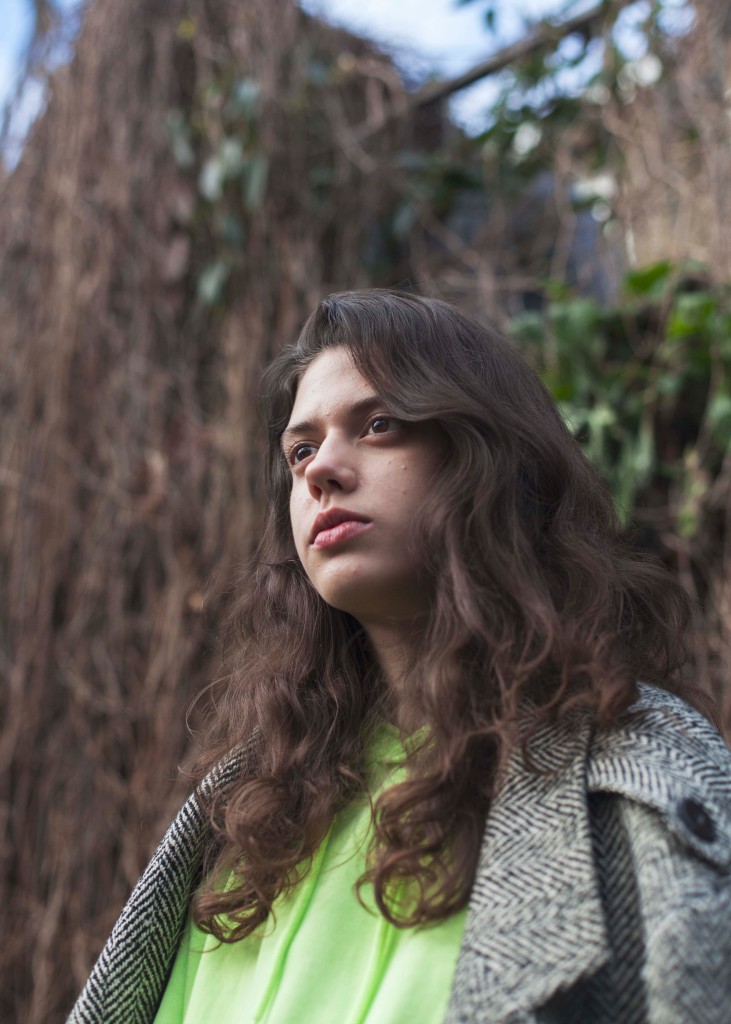 Do you think it’s important for women to support each other?

Yes, I think it’s really important to have each other’s back. I have one older sister, when we were younger it was awful, but when you get older, you become everything. It’s like your best friend. We both love having fun, we are both really calm people, we are on the same page about everything. She’s really beautiful and clever, she just finished three years studying law, and she will do two more so she will have a master’s degree. She’s going to go to Zagreb for that.

I think it seems like women can stop thinking about a few years ago when people said they couldn’t do the same as men, to work in factories or whatever, they have the opportunities to do whatever they want. If we forget about that, then everyone will, and it’s gonna be over! We can embrace change.

Can you think of any advice you were given when you were younger that really helped you?

My father always told me that I’m an ambitious person, that I go for what I want. I am close to my dad, when I was younger, I was always with his friends, it was cool. I think that’s what helped me to do it! 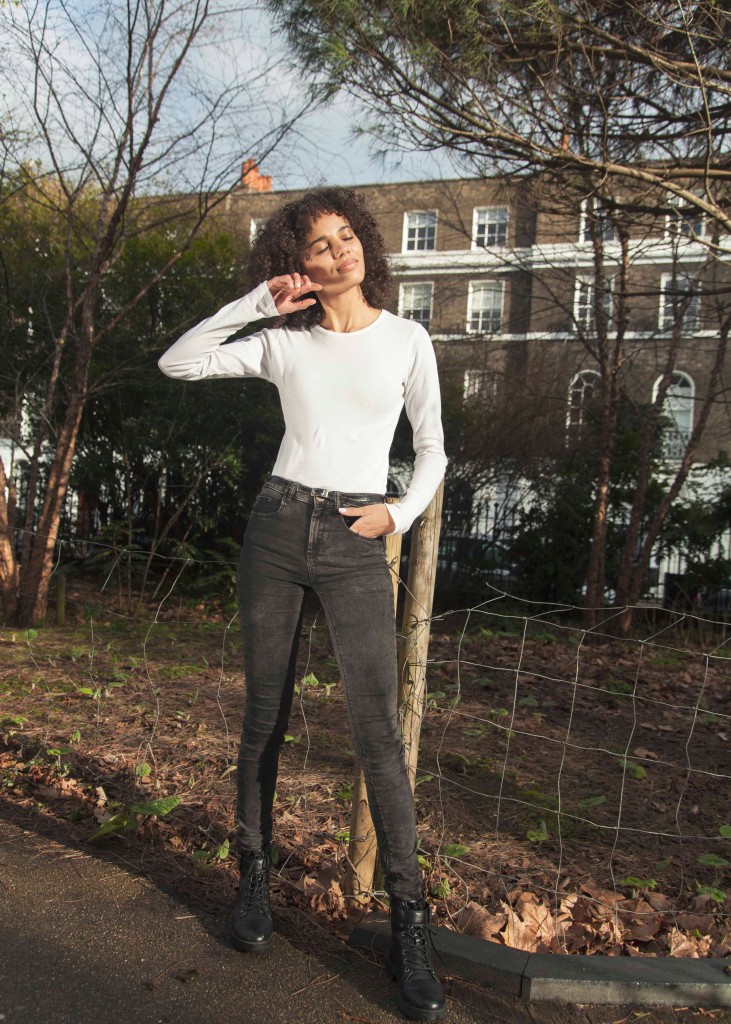 Who is your heroine?

I love Alessandra Ambrosio, she is so inspiring. I love her walk, she is amazing on the catwalk. I love following her on Instagram.

Who is your favourite singer?

I love so many, I could never choose just one! If I had to, I like Katy Perry, Rihanna and Beyoncé. I love Umbrella by Rihanna – it’s old but I really love it! And Teenage Dream by Katy Perry, it’s super fun.

What’s the best advice you ever got as a model?

I have a tattoo that says: “believe”. Believe is my favourite word. Believe everything – it’s a really strong word. I believe… I can fly! I believe that I could become a model, I believe I’m a good person, it’s a word that opens up possibility. 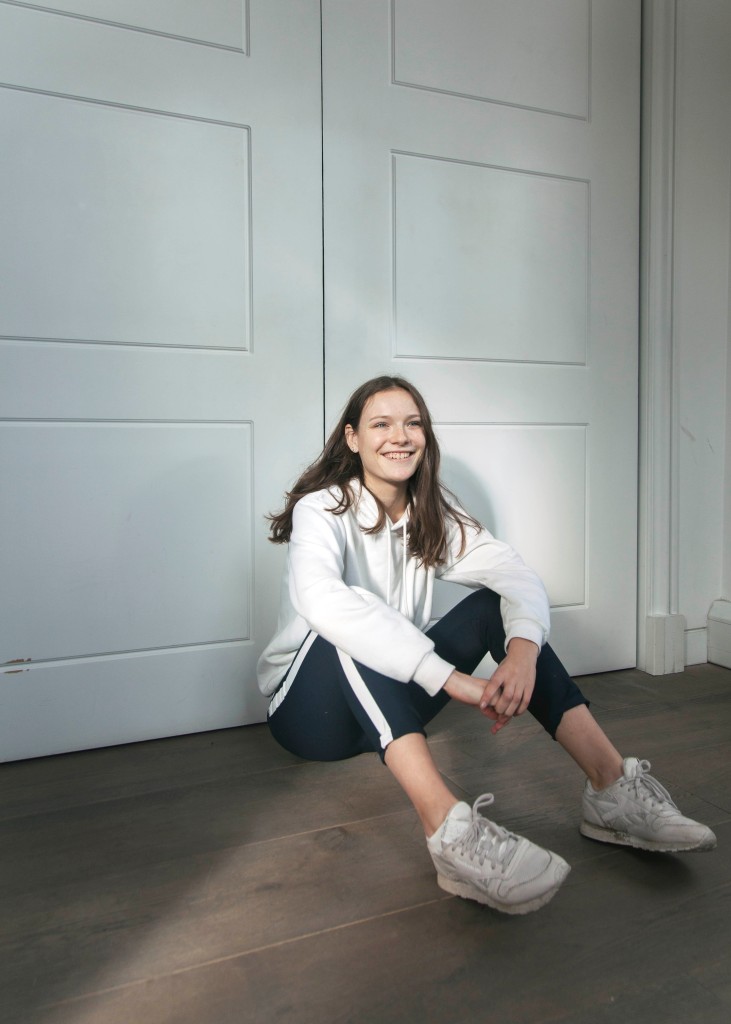 Who is your heroine?

My mum really inspires me, she’s a strong woman, I always go to her for advice. She plays lots of tennis in her spare time, and she works for a charity called Aspire, she’s volunteering with them for International Women’s Day! They help women progress their careers in the workplace, so they have a mentoring scheme, so she mentored a woman, it’s often when women come back to work after having babies. In her job, she organises training, so she’s quite like “do what I say” (laughs) it’s good to have a mum like that.

Do you have any sisters?

Yes, me and my sister are really close, and especially over the last year, she’s only two years older than me and as you get older, that gap closes a bit. She’s at college studying psychology, sport and biology. Having someone you can depend on for non-judgemental advice is really nice. We talk about work, about boys – and I give her advice too. But sometimes she’s too much on my side! I’m like “no, I need a neutral opinion!”

What does empowerment mean for you?

Empowerment means being strong and confident in who you are, not to be scared about what other people think, and to feel empowered, you feel like you know what you want to achieve, so definitely not scared. Sometimes it’s really things that make you feel good – you know, when you’ve got your music on and you’re going to a casting, or heading to the gym, and you think: “I’m going to ace this today!” 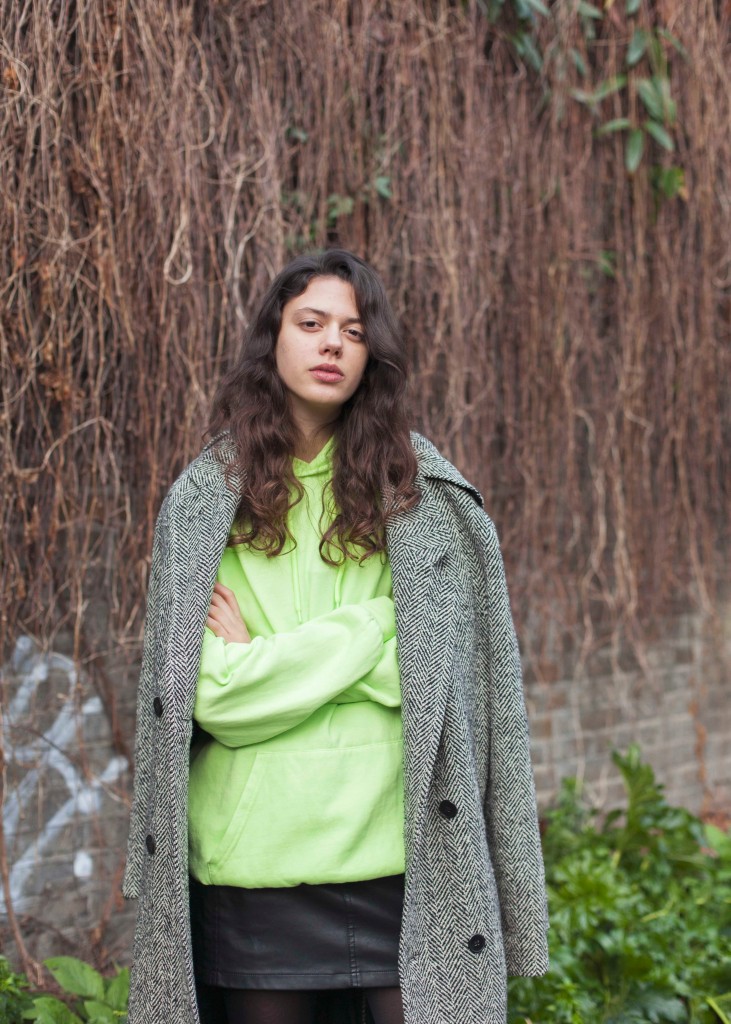 Do you have a heroine?

The last last few months I have been crazy about a girl on Instagram whose handle is @uglyworldwide. I love her because she’s doing what she loves, and she doesn’t care what people think! She just enjoys her life, her looks. She’s not afraid of other people. She’s unique, even though it’s a trend to have a shaved head, I love it.

Where are you from?

I’m from a small island on the north side of Croatia, I come from a small town. All my life, I have been living with the same people, on the same streets.

What do you consider a good strength in other women?

Not letting other people to tell you what’s wrong with you, to go with your own thoughts – if you want something, just go for it. For me, modelling has been something I have really worked hard on. About a year ago, I was scouted on the street, my mother agent approached me, and she asked if I wanted to be a model. I said, “why not? Let’s try!” Other people said you can’t make money as a model, but I think it’s a good opportunity to meet people and to travel, so I went for it.

What do you think of people who think models are just a pretty face?

I have nothing to say to that, it’s not worth it. They are wrong, and there’s always people who say stupid stuff. You just have to ignore it! 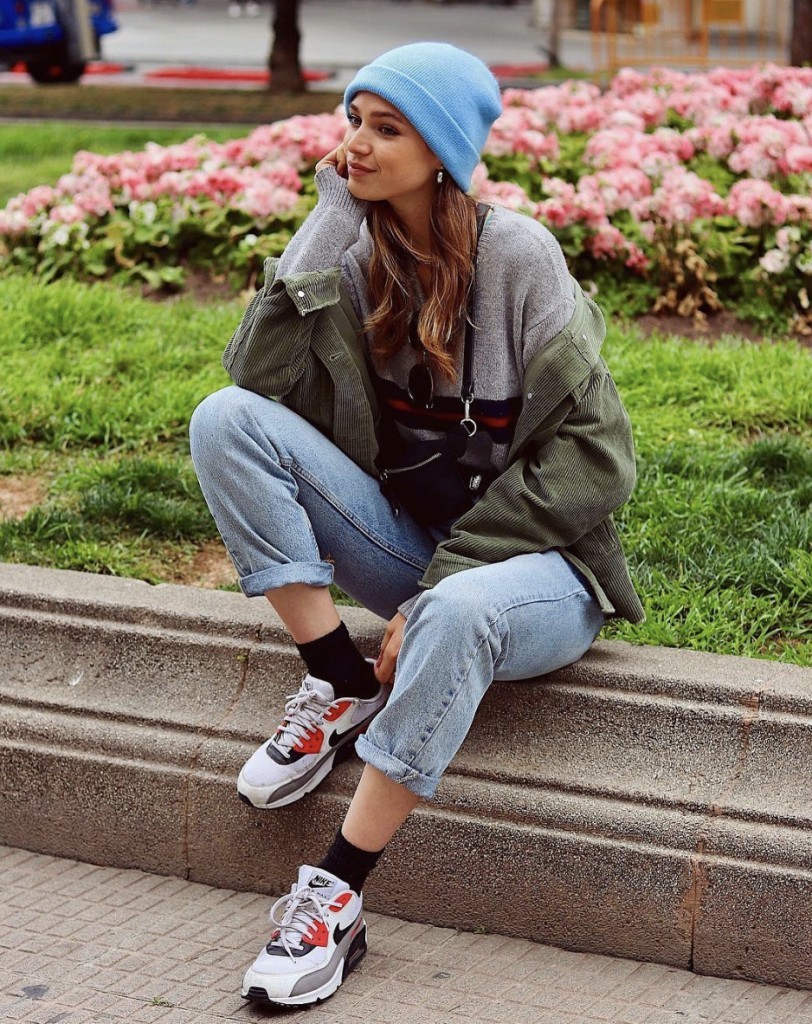 Lizzie Swanson: How To Protest Against Climate Change 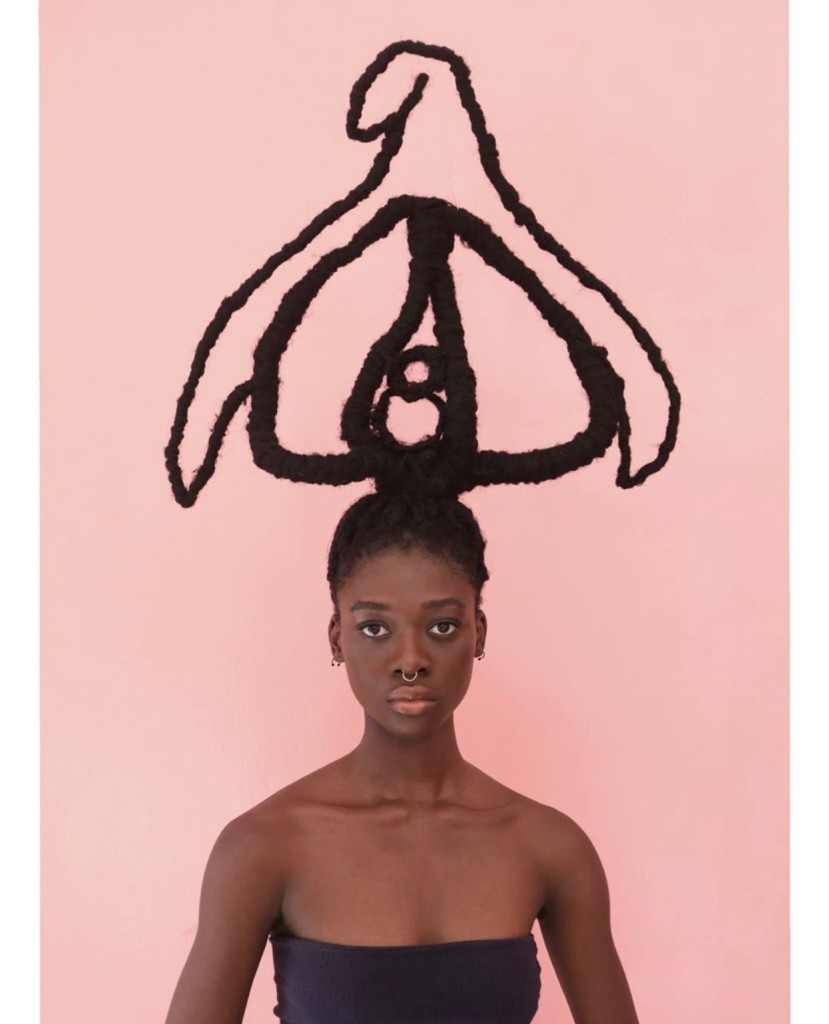 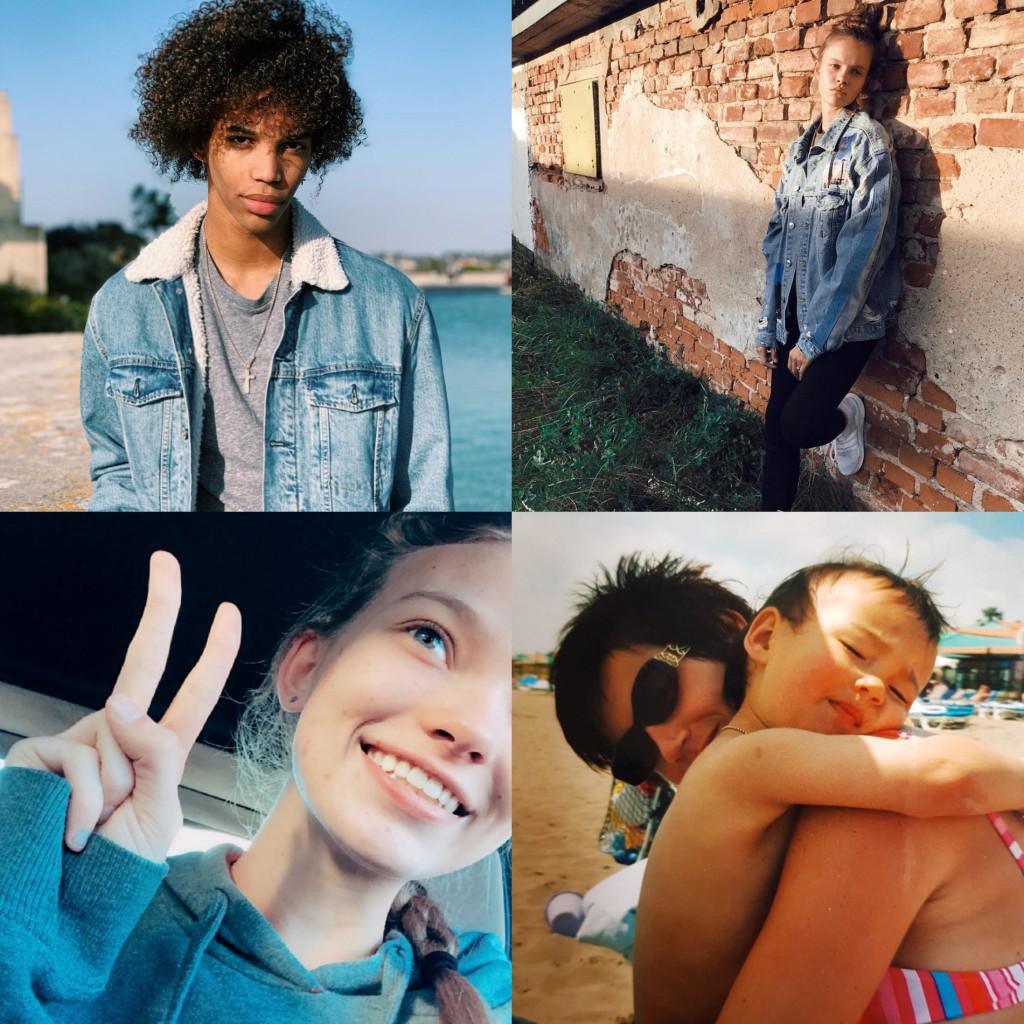 Girls of EML Celebrate International Women's Day... and the Boys Support Them Too!