Louise Ballieu: How To Be An Activist Fashion Designer

Louise Baillieu is a model with an extra passion for what she does. With a degree in fashion design, she looks beyond the backstage area to a future as a stylist or designer. For Louise, fashion is more than a game of dress up - it’s a vehicle to engage with current affairs and political ideas in the world. Since she competed in Elite Model Look France in 2014, she has walked for designers like Valentino, Dior and Givenchy. She sat down with us to talk inspiration, her favourite designers and how being a model informs her understanding of the game.

What inspires you as a designer?

I love being inspired by what’s happening in society and what’s on the news because when I design, it’s really to have a message, to say something or to show something. I’m inspired by women, for example, and their position in society. There was a story in France about Jacqueline Sauvage, she was abused by her husband and she killed him in defence. She was put in prison, I think she was sentenced for a long time, but it shocked me that someone who, yes, killed her husband, but she was being abused for many years. It happened during the summer before I started studying, and it really stayed with me. During my first and second years at fashion college, I talked a lot about the position of women, how they had to really fight for where we are today. All these women who take to the streets to defend our rights, to be heard, so when I did a project, I used a lot of slogans which women used, I put paint on my clothes a bit like writing on a wall. Words like: “we are strong” – it was about violence, but also about silence, this idea that women have the right to express themselves. They have the right to be heard, and supported. 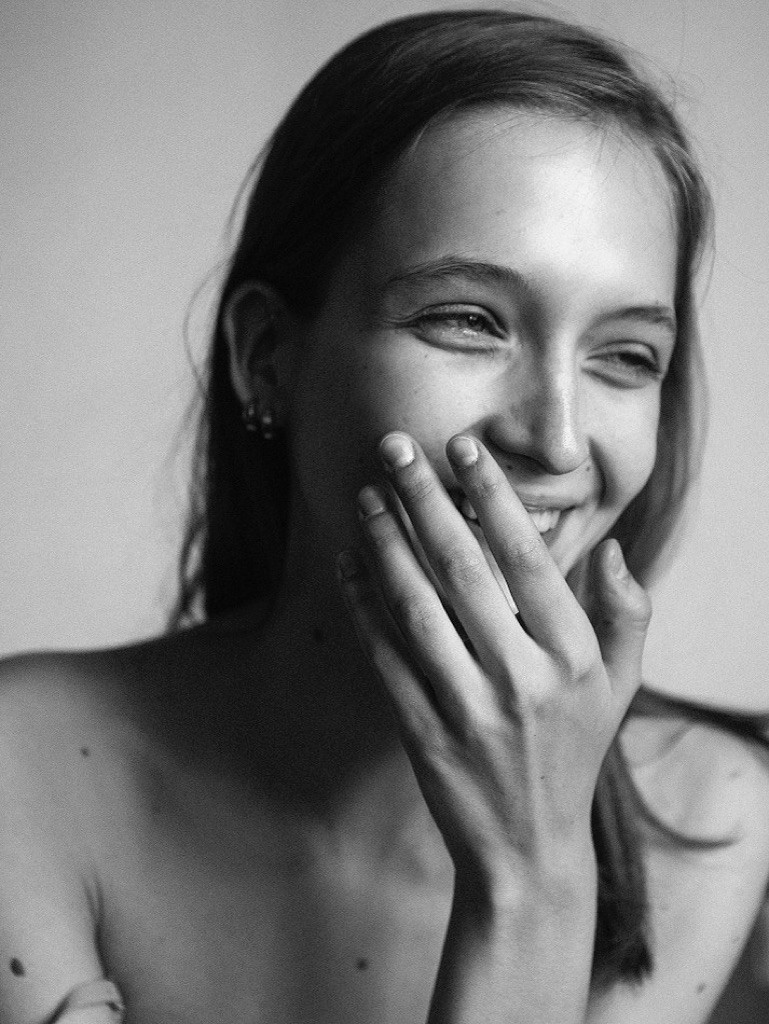 Why are you passionate about women’s rights?

It’s important to think about these things. When a girl is attacked in the street, people say, “oh, it’s her fault, because she wore a short skirt or a low cut top”, but no. We have the right to dress however we want. The style of the clothes I design is quite androgynous, quite masculine, even in the shapes, it’s quite baggy. I like being feminine sometimes too, but I think women should be free to live their lives as they want to. No one should feel as if they might be attacked for what they wear. I have read about surveys in France where 27% of French people think that if a woman is raped, it’s her fault. I don’t think that’s right at all. We need to educate boys, to respect women, there is just no reason to do that. Everyone should be able to dress how they want – punk, gothic, sportswear whatever. A girl can dress like a boy, and a boy like a girl – everyone should be free with their body to do what they want.

Did it help you to model when you were studying fashion?

It was really hard, I only started modelling full time last year because before that, with school it was complicated. When I was in third year, I did modelling as well, it was really tough but it was also really interesting because I was going into these fashion houses and I could see how it all worked. You could see all the looks for the show, which look would be worn by which girl, and most of all, meeting people who were really passionate about fashion. That motivated me a lot, it was so fascinating. I’d love to make clothes in the future. I’d love to work as a stylist, or designer – even if it is working for someone else, researching images or doing sketches, I’d love to do that. 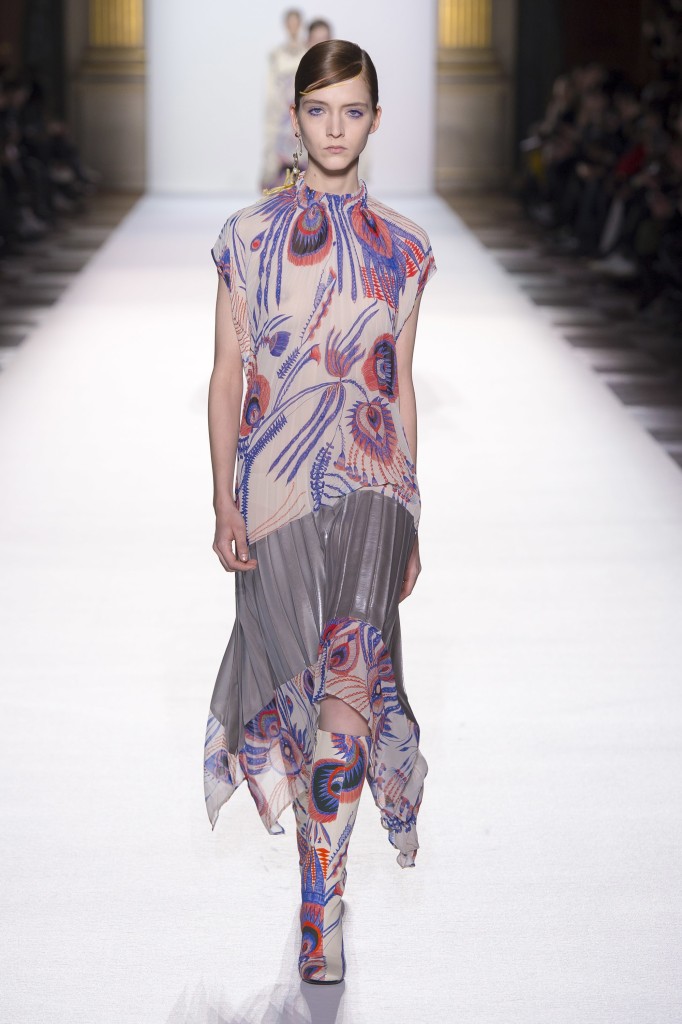 Are you inspired by this idea of liberty in clothing when you design?

Yes. For me, I like to wear whatever I feel like. Sometimes I wear skirts, sometimes trousers, sometimes a bit like a boy and people say to me, “you should dress in a more ladylike way” and it’s silly. They say: “you don’t have a boyfriend” (laughs) as if that makes a difference! Who cares? I’m not going to change for other people, I want to be myself. 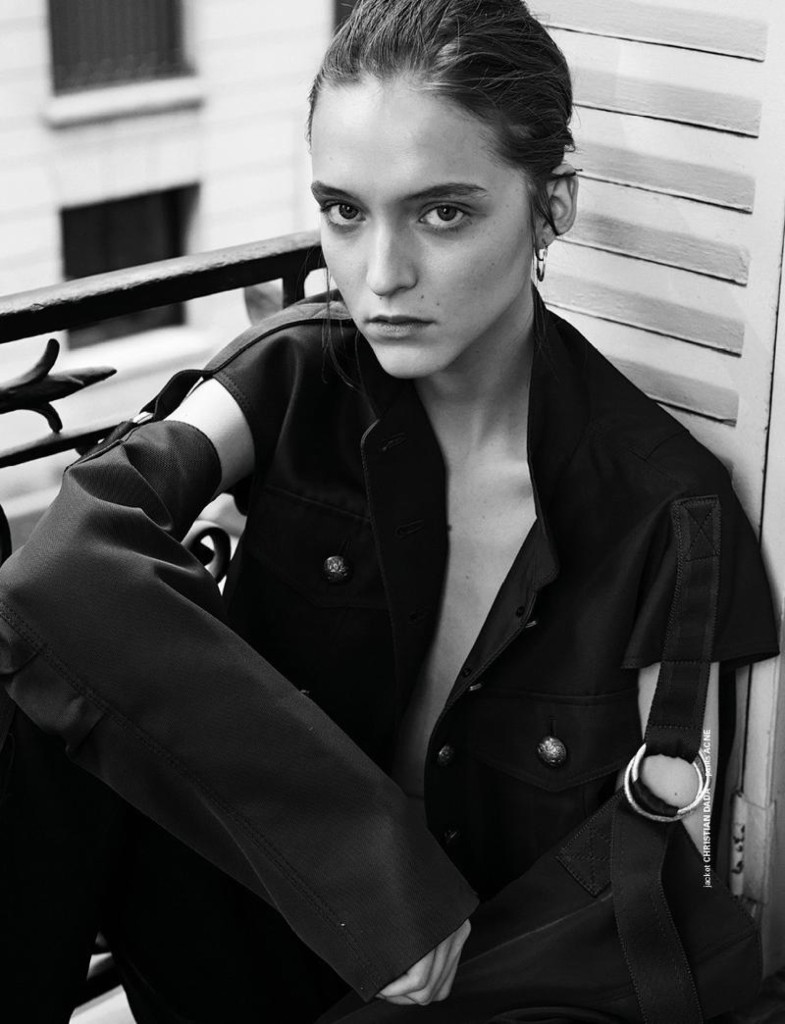 How would you describe the style of clothing you design?

I love using black, because with black, you can do anything. Sometimes I use strong colours, it depends what you’re trying to say. I like a bit of everything, maybe a loose trouser that’s tucked at certain points, or a bomber over a long tailored jacket – people have said my style is quite military, with lots of layers, skirts, or I love having a kilt over pants, something a bit unexpected. I think it’s very masculine, my style. 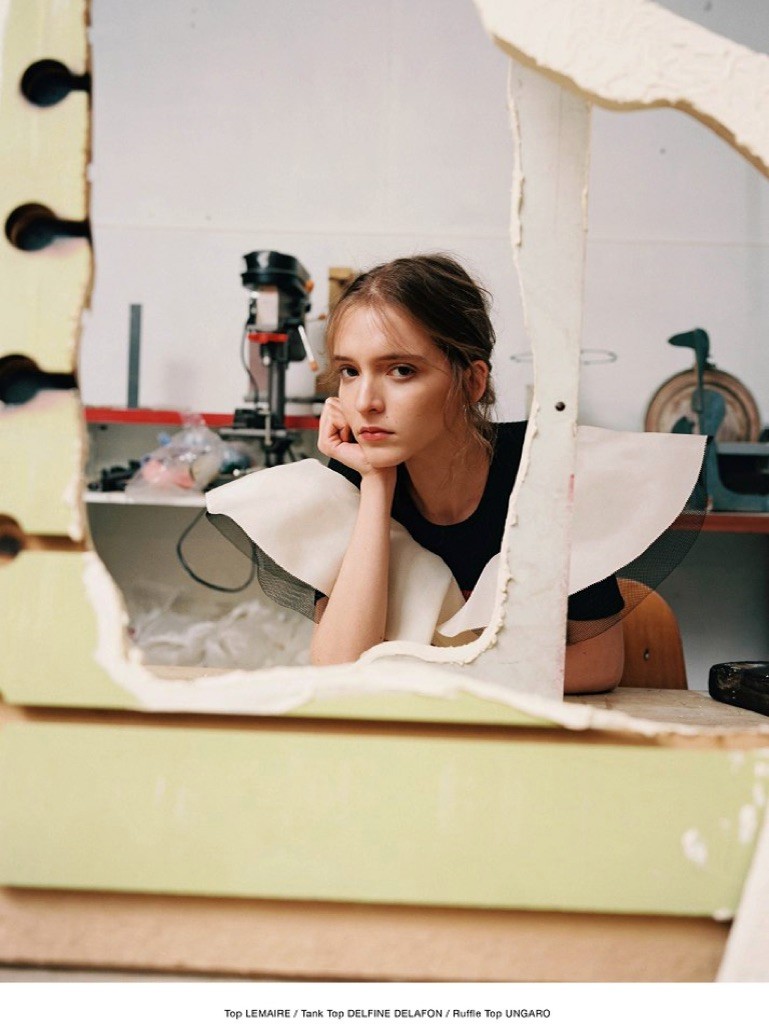 Who is your favourite designer?

I love Raf Simons, and what he does – like the show he did for menswear in Chinatown. Even though I design for women, I’d love to work in menswear. Even to have the chance to see how Raf Simons works in his own label, or in Calvin Klein, I love what he does, his collection in September was amazing. It’s super masculine, he uses all kinds of things, at his last show he played New Order and Joy Division who I love, he is really into the technical side of fashion and he uses material that no one else does, and he references art as well. When he was at Dior, his references were so cool and his work was very technical, I have the impression that absolutely every detail has been thought through, so that it’s perfect. It looks weird, but it has been thought through with precision. He inspires me a lot! I studied fashion for three years for my degree, so I need to do another year to have a Master’s. I’d love to study in London, at Central Saint Martins, or in Belgium, at Antwerp Fashion Department. 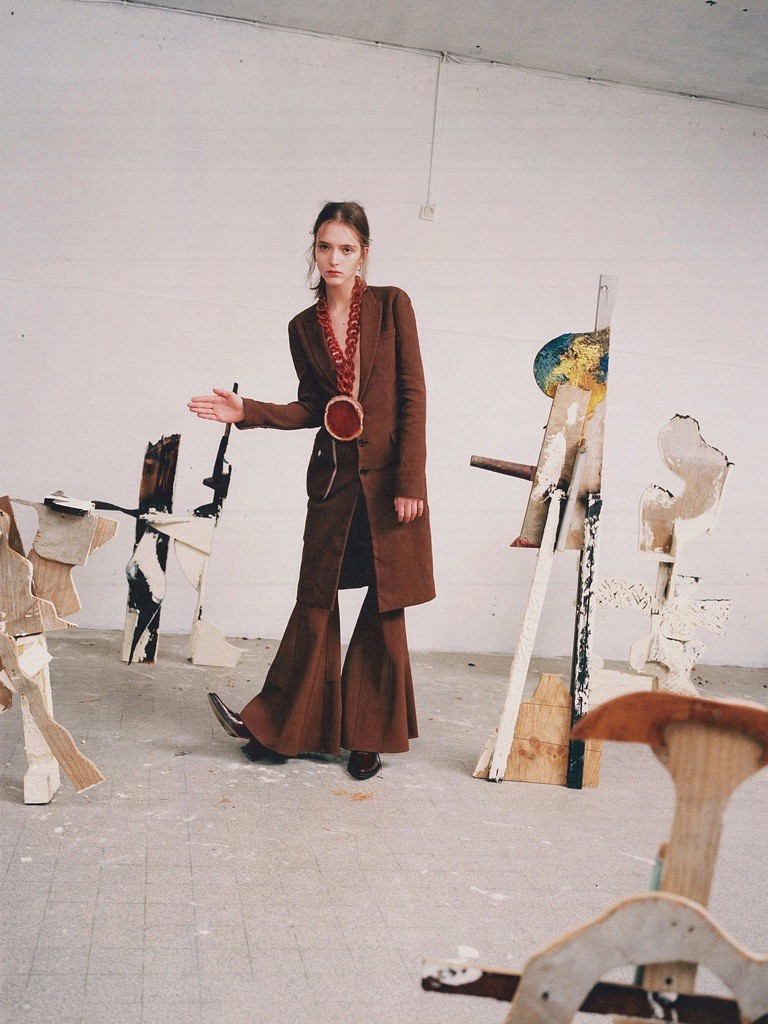 For his first collection for Calvin Klein, I remember that I got up very early in the morning – I think it was at 2am in France, but I got up to watch it and I was so tired, so I got up again at 6am at re-watched it. He was inspired by the American Dream and it was also like an American horror – everything that’s happening with immigration and everything. I love what he does, it is very intellectual, and especially that he’s now designing for Calvin Klein, which is an ultra-American brand. 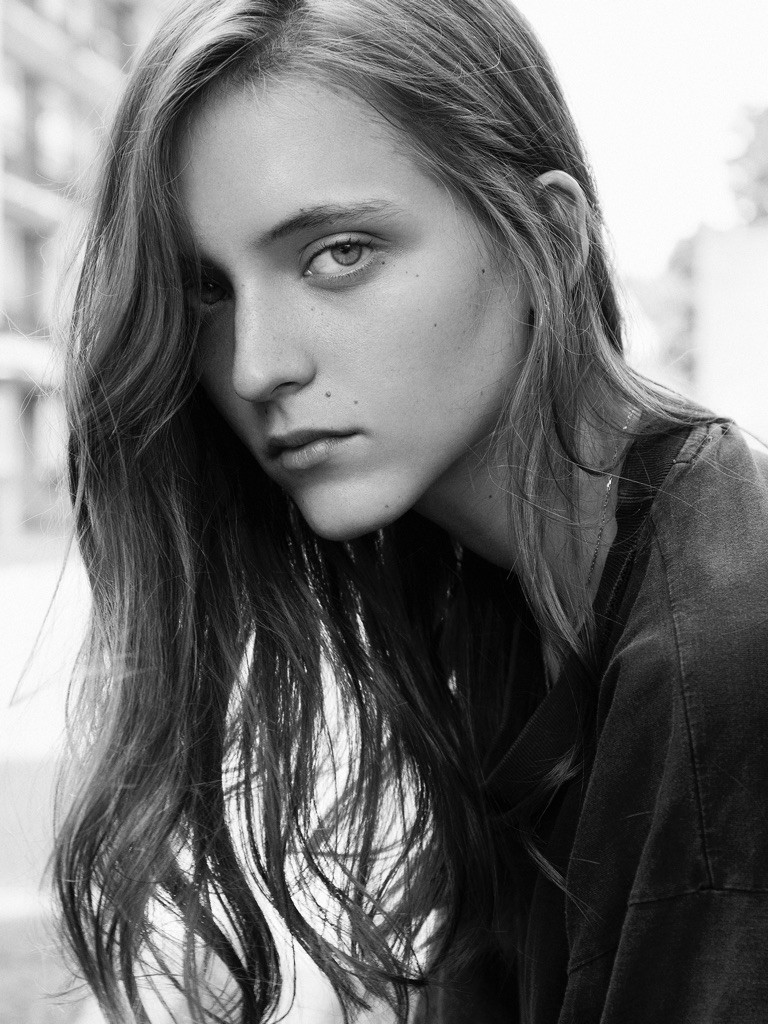 How long have you been a fan of Raf Simons?

Before, I saw his work and I liked it but it was when I was studying fashion and I saw the technical side, I really appreciated what he’s doing. For me, he’s a pillar of fashion, like Martin Margiela or John Galliano, or Yohji Yamamoto, they’re completely different but I love what they do as well. I also love Ann Deemeulemeester and what she does, it’s a bit more romantic. I loved Margiela, especially at the beginning, he started a lot of things, you see his influence everywhere. 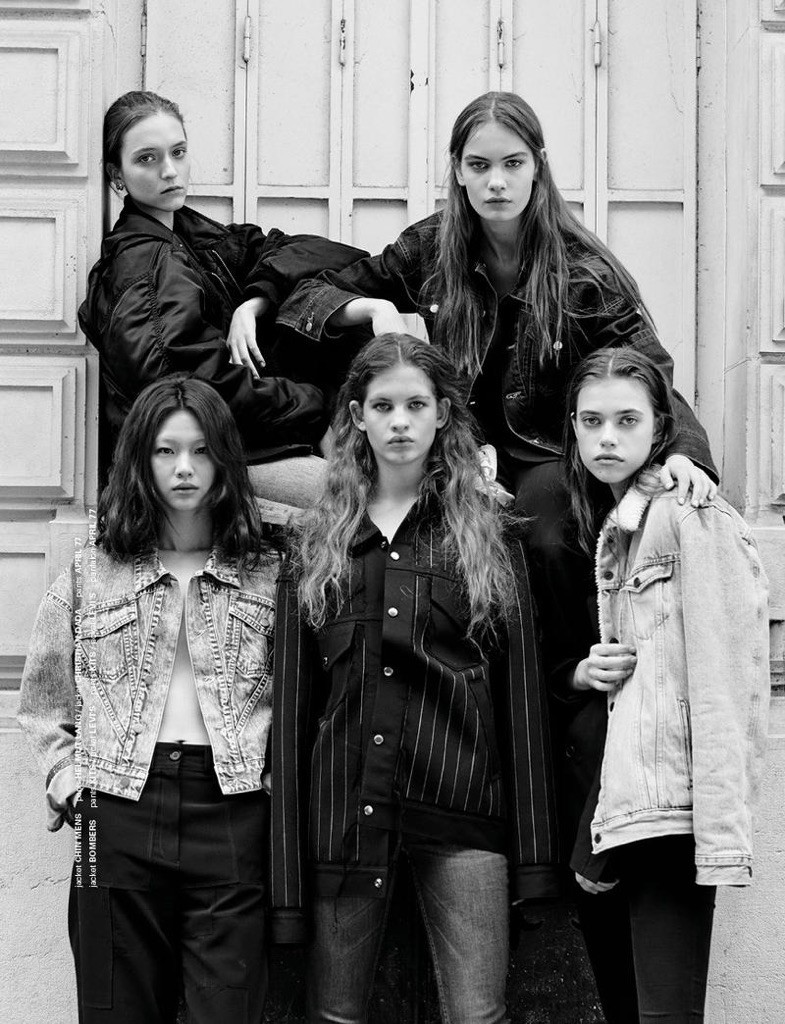 Which places in the world inspire you the most?

I love England, last summer it was my first time visiting London and I just thought wow, I love this city! I remember being on the bus watching the city go past and thinking this is a really great place. I’m inspired by punk culture, by skinhead culture, not the racist skinheads but when being a skinhead was about punk music. London is so different to Paris, you can walk around dressed exactly how you want, in places like Camden you see all kinds of people, and everywhere is different, people really embrace their personal style. I don’t really listen to punk music, I just really love the clothing. In terms of music, I really love Depeche Mode, New Order. It depends, I like a bit of everything – rap, whatever. But I could listen to Depeche Mode and New Order forever, I’m a massive fan.

When you studied design, did you have to show your research?

Yes, for each project we had to show our inspiration, the images we found, our sketches, the technical side of how we would make the garments, research about the fabric as well. I get inspiration from wherever, I get an idea, and I want to talk about it. I am informed by lots of things, I watch interviews and documentaries, reports or the news. When I find out about something, I research it a lot, the images, the facts about what happened, and the arguments around it. At fashion college, we did moodboards with all the images that illustrated best our ideas. We had to do a lot for each project – it was a lot of work! I think people have an idea about studying fashion, that it will be straight forward, but I’m like, “no! You have to do all the research, present your ideas to the tutors, make the garments.” It’s really hard! 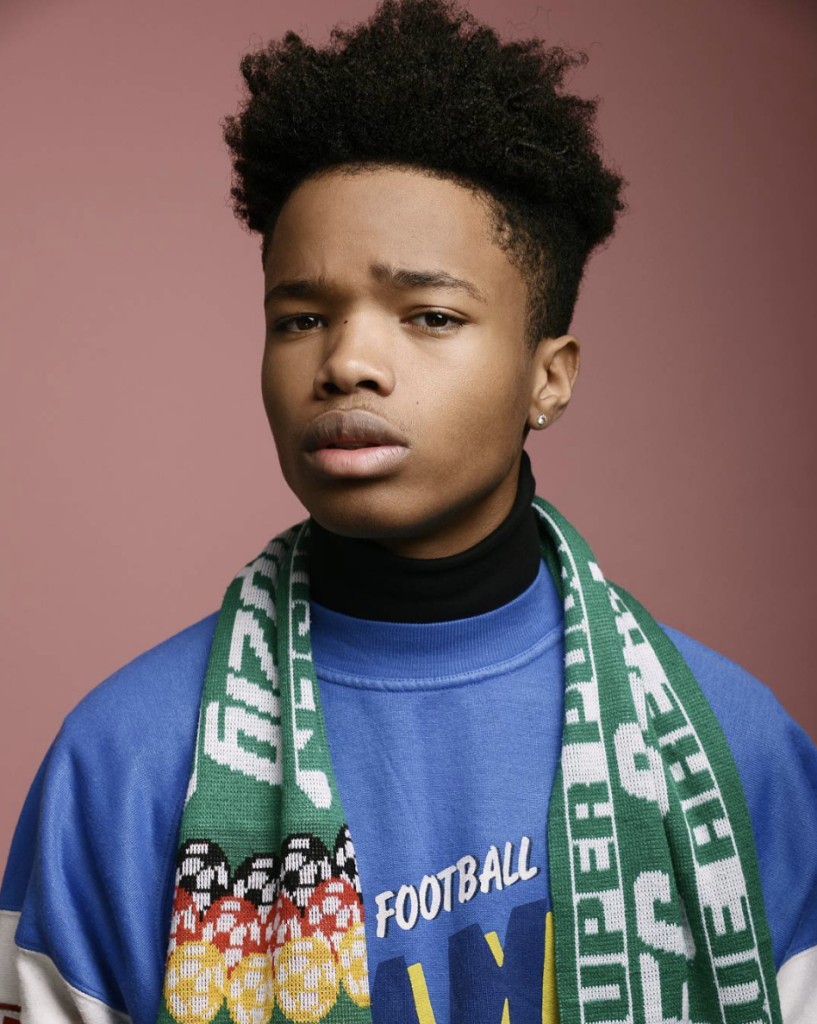 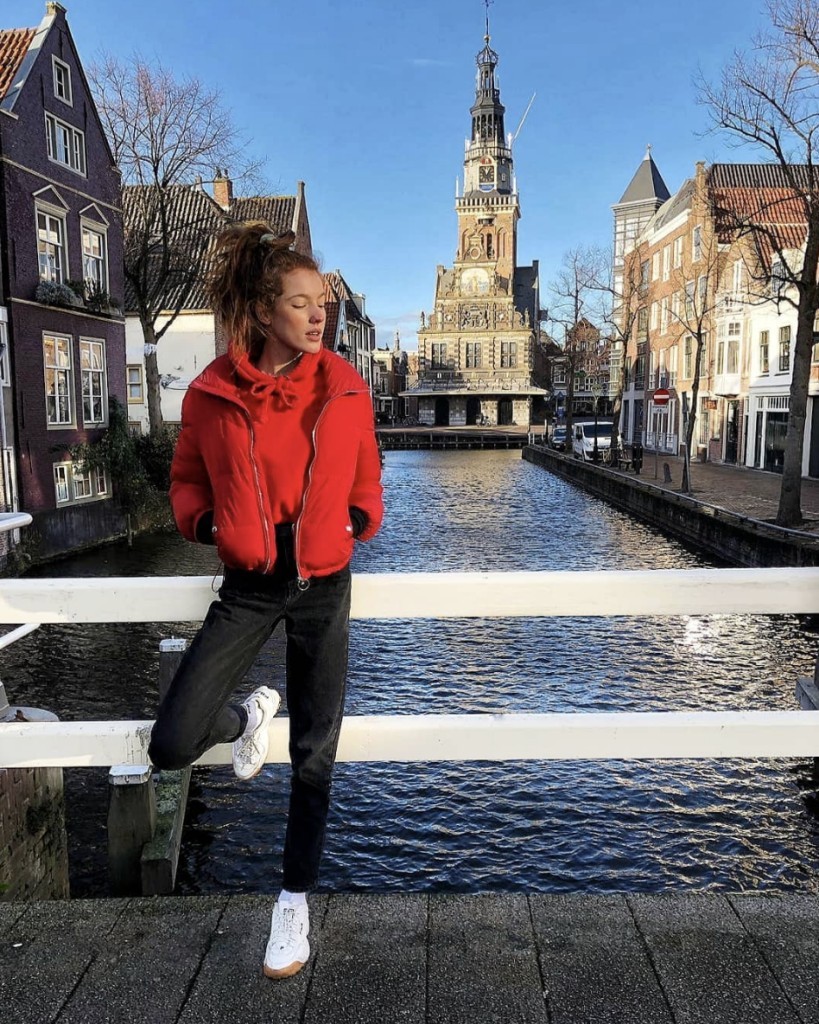 Nadine: we must support the #schoolstrike4climate Youth Climate Strikes 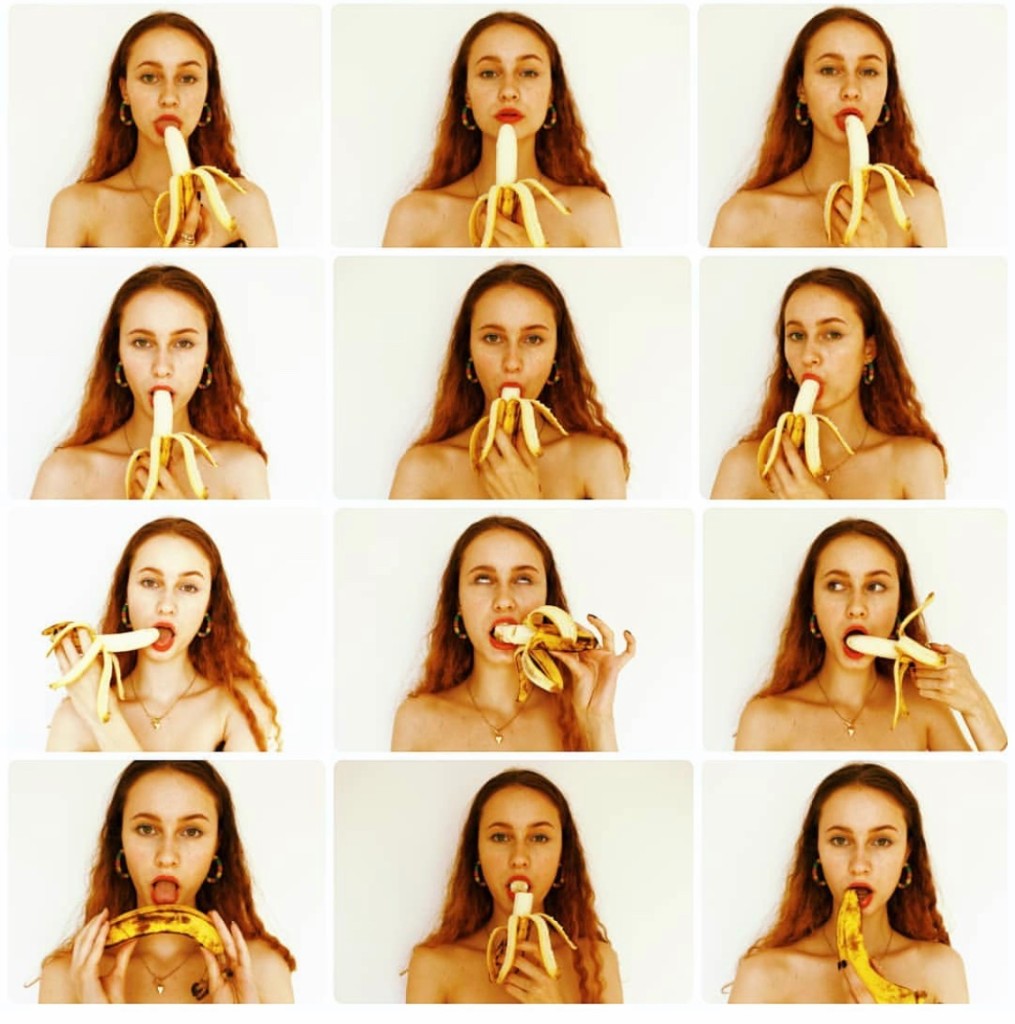