Last year, Freja from Sweden won a place in the Top 15 at the Elite Model Look World Final in Lisbon. A sporty high schooler who has spent time in California, USA, we sat down with her to catch up with her about life since her win.

How have you been since Elite Model Look?

Since Elite Model Look, lots of people were interested in working with me, so that was really fun. I have been to London and Milan, which is cool. I’m really happy I did the competition. For us, it was strange, because we didn’t have the National Final in Sweden as they have in other countries. 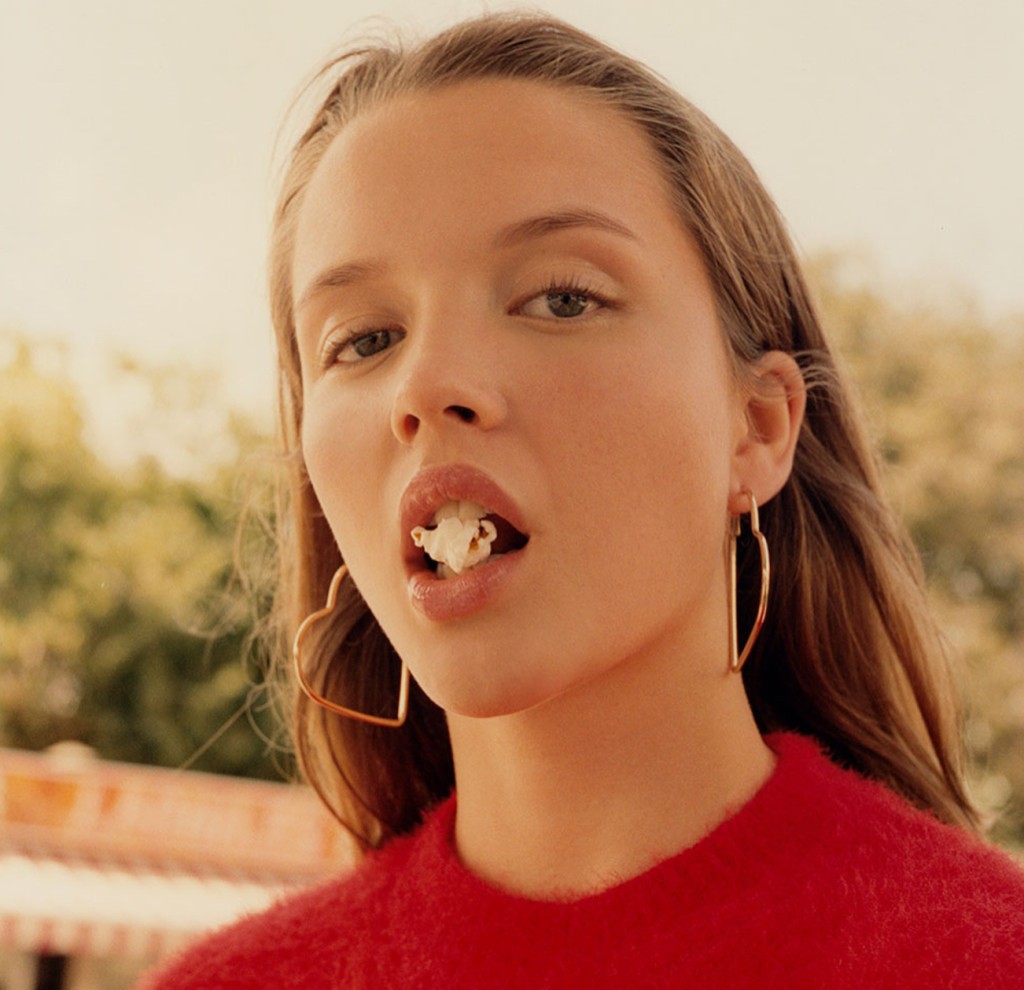 What did you know about the Elite Model Look competition before you took part?

Actually, there was a girl in my school who was in Elite Model Look! Her name is Julia Schneider. This was maybe 5 or 6 years ago, and she won the World Final in China. That was really cool, that’s the main reason I knew it. It’s a serious competition, it gives you a really good start and good opportunities. It’s good because it’s a way to get signed all over the world, and for people to see you, and know who you are. After the competition, my bookers really spent lots of time with me, which was amazing. 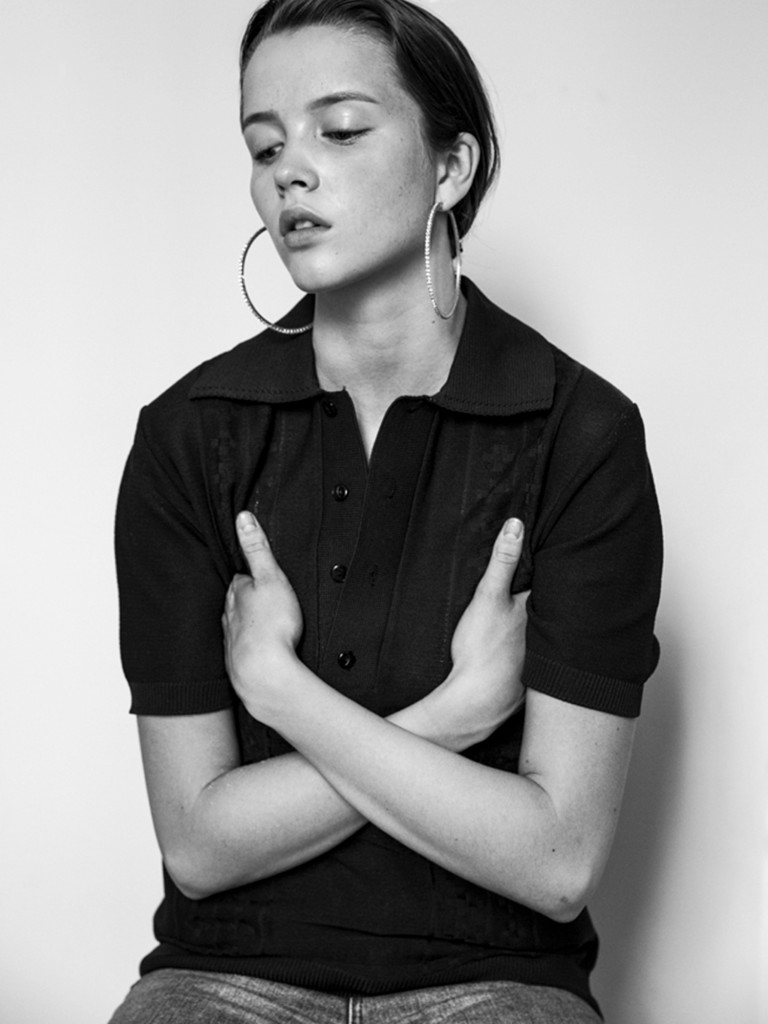 What have you been doing since the World Final 2016?

My focus has been to stay in school and to finish my studies, but now it’s the summer, I have been able to concentrate on modelling. I have three years of high school left, so I will be doing modelling during the holidays. I study history and social studies, which is really good if you want to do that kind of thing at university or college. 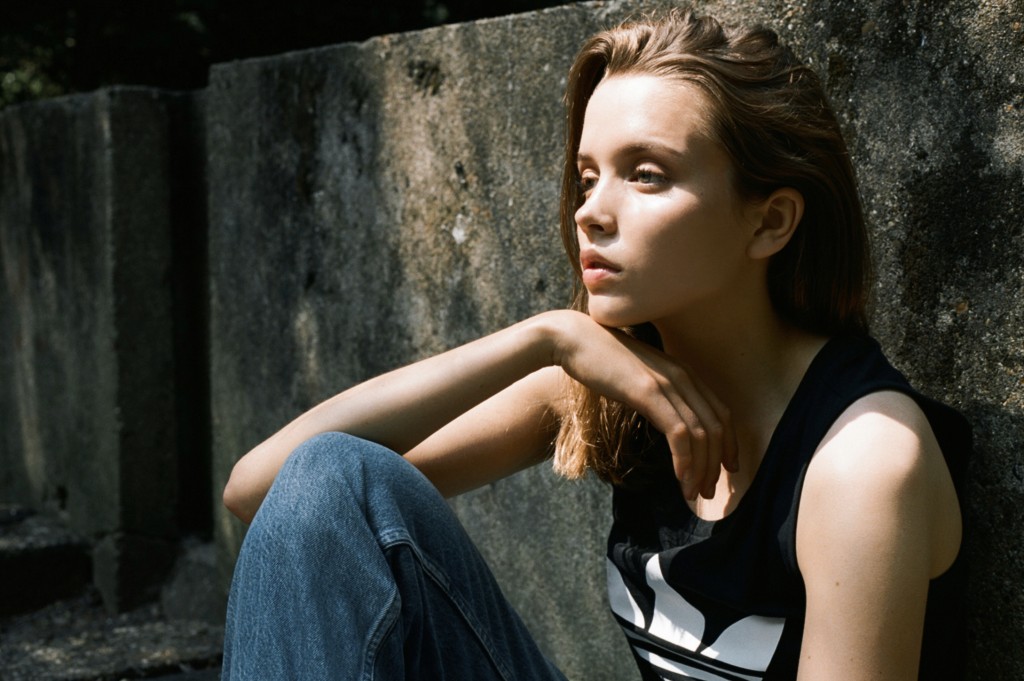 Everyone I have worked with so far has been really nice. I have done some test shoots, and they have been really fun. When I am modelling, I usually don’t know I have a job til the day before. I get a text from my bookers telling me where I need to be. When I was in London, the first day, I was so worried I wouldn’t get to everything, and my dad said to take it easy, and not to worry. At first, I took cabs everywhere, but the second day, I bought a travel card, and I talked to some of the girls at the model apartment about how to use the Underground. Then I was taking the bus and the Tube everywhere!

What are your passions outside work?

I do track, which takes up most of my free time. I have track practice 6 times a week. I have been doing track for four years, I used to do soccer and gymnastics, but then I strained a muscle in the back of my thigh, so I had to quit. In my hometown, we have a track facility, where all schools in the area from 3rdgrade to 6th grade. You compete with your class, and individually. When I tried it, I was like, “this is really fun!” so after a while, I really got into it! 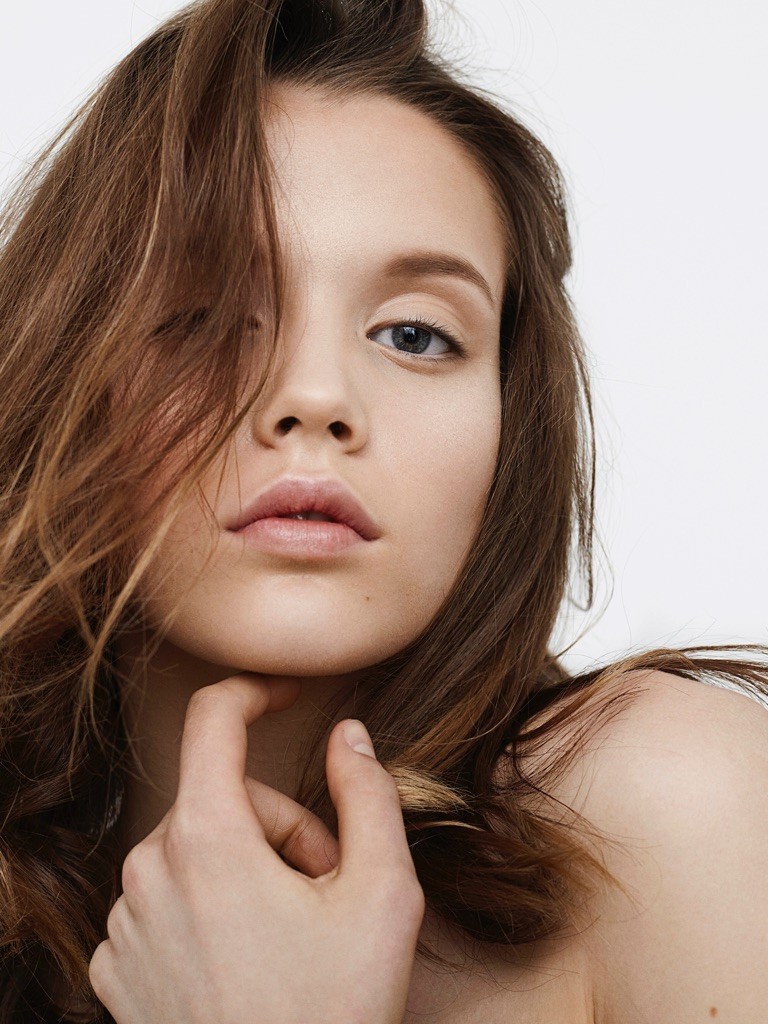 Running is like therapy for me. When I run, that’s when I can relax, recharge, get more energy. The feeling afterwards is amazing. For me, sports have always been a big part of my life, and if I didn’t do sport, I would have so much spare time, and I am someone who needs to stay busy. I get bored pretty easily. So that’s the best thing. When I tried track, I thought, this is the sport I want to do. I used to live in California in the USA, we lived in Silicone Valley for a year, and I did soccer and track, but when I moved there I decided to only focus on track. Now it’s getting more serious, which is really nice. 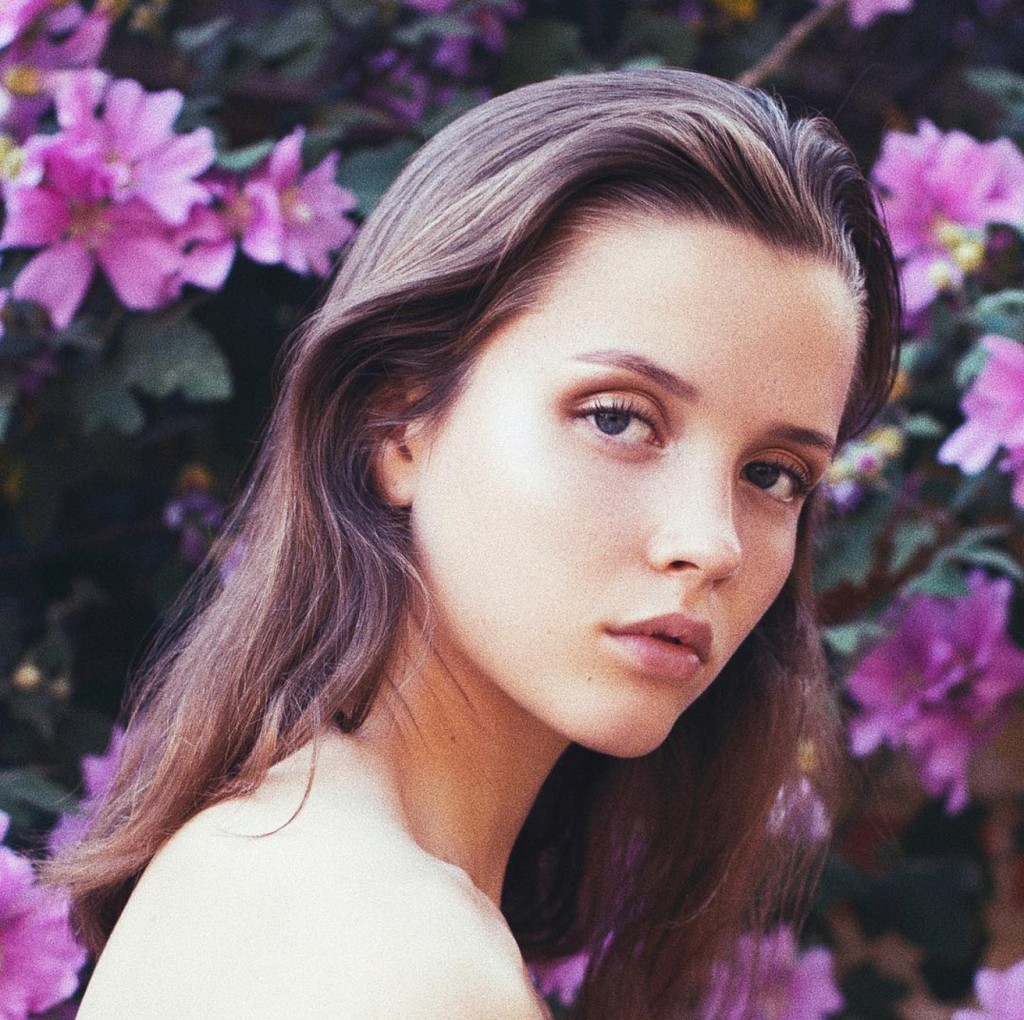 Do you miss California?

I do! I miss the weather, and where I lived they had everything. Everyone was so kind, you had nice restaurants and you could do amazing hikes, it was really cool. In the area where we lived is Stamford University, so it’s very stressful in school. Everyone in my class wanted to focus on school and it took over everyone’s life. We would go to school, then you’d do sport for two hours, then you had to sit with your homework for four hours. I was only there for a year, but because everyone else is stressed, you get stressed too! 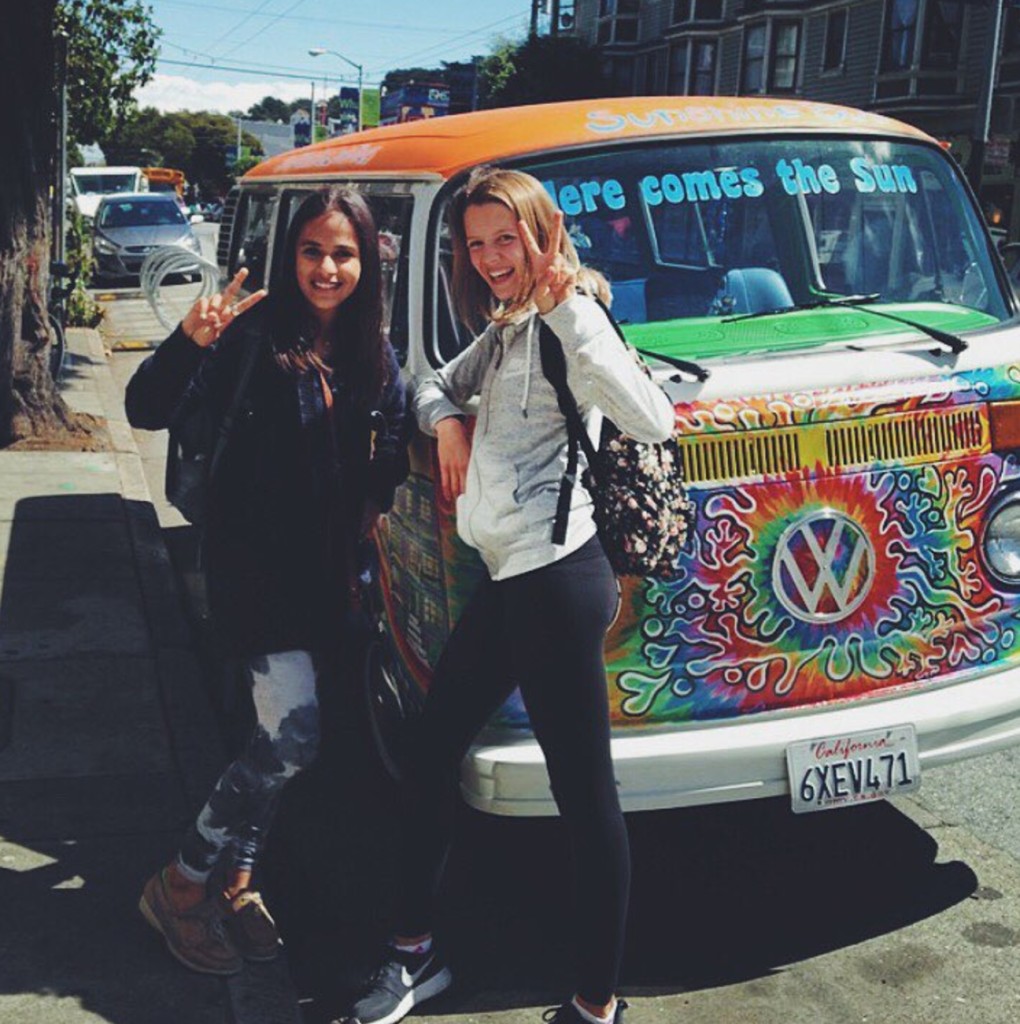 Do you miss the people?

Of course! I went back to visit last fall, it was during Homecoming Week, when they don’t get any homework. Everyone was really excited to see me, and there was a Homecoming Dance. I really want to go back this fall! The USA is a big country, and I can’t speak for all of it, but the area I knew, people are so positive. In the USA, if someone bumps into you in the street, they will say, “oh I’m so sorry…” and have a conversation with you. In Sweden, people are much more in their own world. It was something I tried to take with me when I came home – you are so much happier if you are friendly, so why not? I learned so much from that experience, and I feel really lucky to have done that. 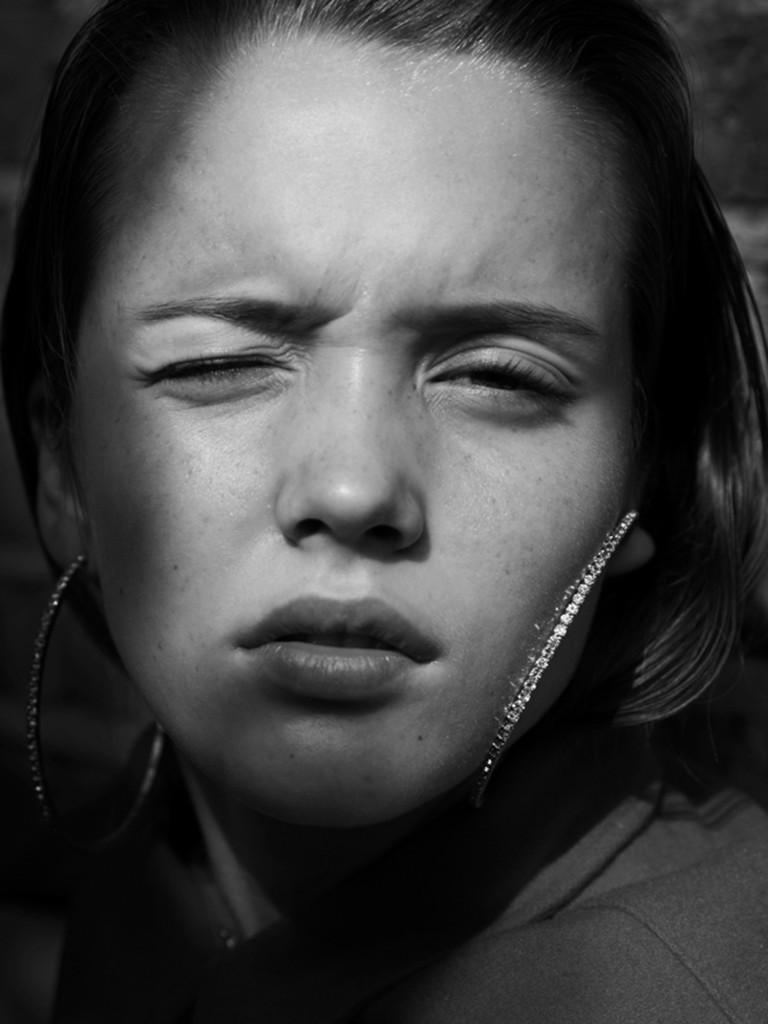 My advice is just to have fun! I feel like the best thing I got from Elite Model Look was all the friends that I made, so just appreciate the time you get with people, and try to communicate with as many people as you can. You will never meet that many people from all over the world at the same time again. The fact that it’s a competition made me worried that people would be really competitive and not want to talk to others, but it was really not like that at all. Everyone was so thankful to just be there. Even on the final day, people were all just happy for each other. Of course, you want to win, but I didn’t feel like I was upset that I wasn’t the Overall Winner, I was just happy for Jana. So, even if you just apply, , that’s still a big thing that you have done, still you have taken a step. You can’t do any more than your best, so be proud of that!

Do you stay in touch with your friends from the World Final?

I thought that because we were only there for a week, I wouldn’t make that many friends, but actually I did, and it was so much fun! We have all been through this crazy experience together. Even though we got up early, and go to bed late, you spend so much time with people, so it’s really good to make connections. There were girls there who were 22, I was 15 – but no one felt the age differences, people didn’t care, and they were so friendly. Maybe I was lucky with the group of people I was with, but I feel like it’s probably the same every year!

From Casting to Catwalk with Antonina Petkovic 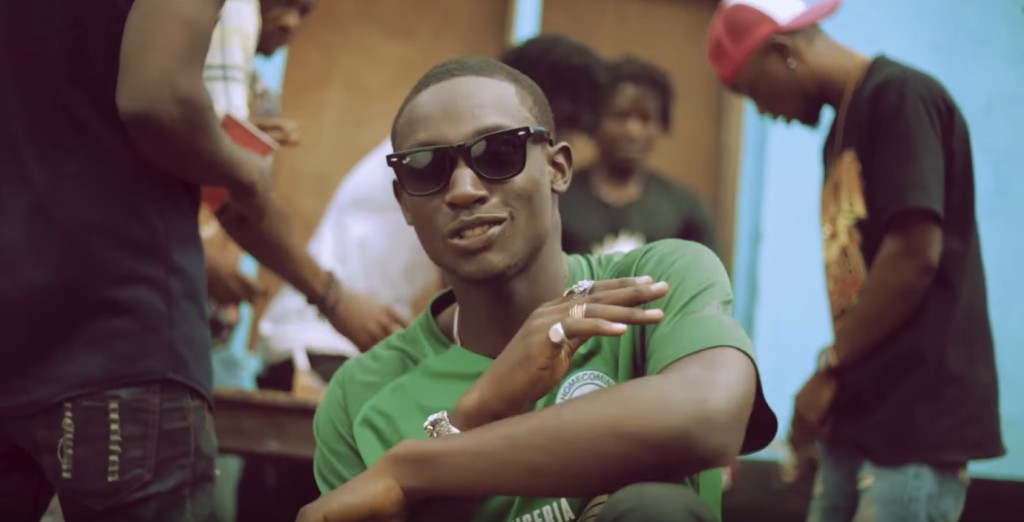