Bara Podzimkova took part in the Elite Model Look World Final in 2014, representing the Czech Republic, where she won top place as Overall Winner. Now a favourite of Chanel and the likes, she sat down with us to talk her new love for skateboarding. Read about her rookie tips, her favourite cities in the world to ride, and attitudes to girls who skate.

Why did you start skateboarding?

I chose it because I always really liked the look of penny boards. I went for a walk after a shoot in La Coruna in Spain, I saw one in a window of a local skate shop. I could totally see myself skateboarding from one casting to another. The penny board is super small and I could easily bring it with me everywhere I go, so I thought, why not give it a shot! 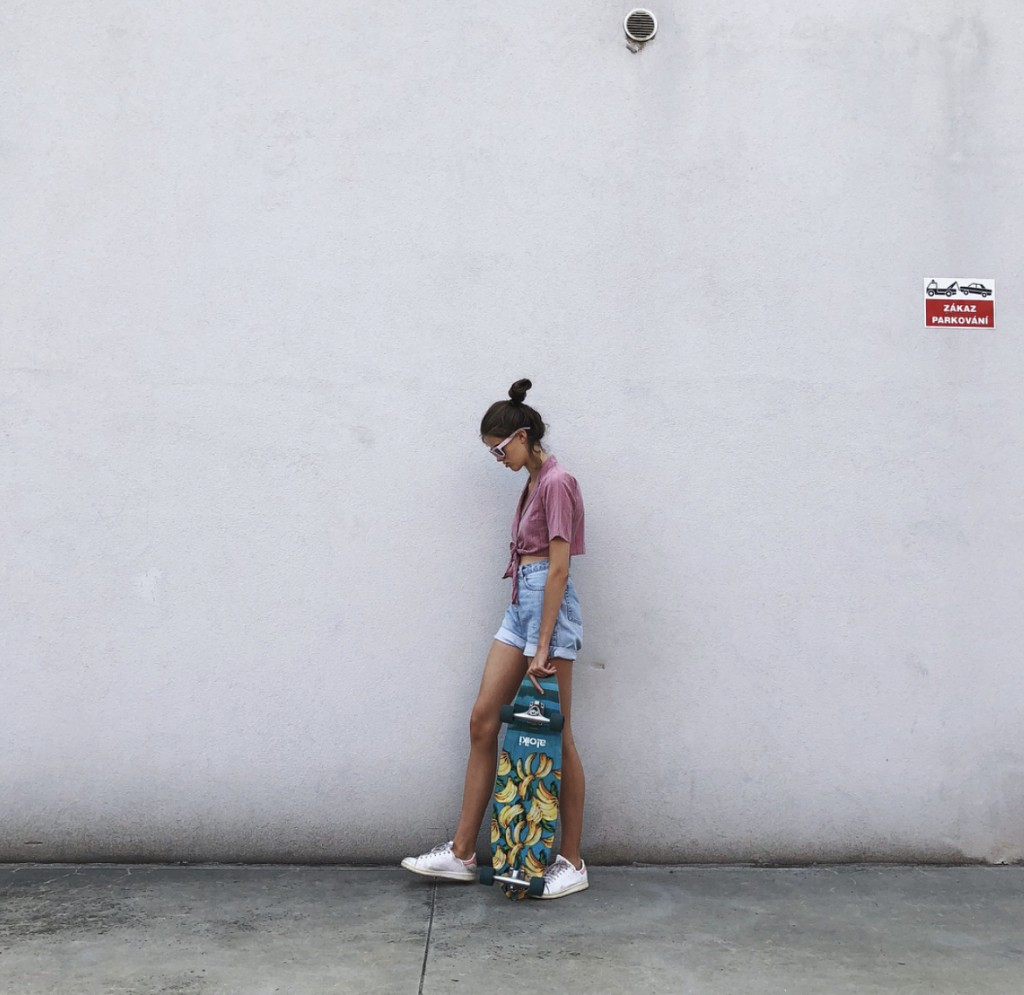 Is skateboarding a hard sport to practise?

Yes! I was sure that it would be super easy, so I really went for it the first time I tried, and fell down on my hip, it hurt for a week after that! But I am very determined if I decide to do something, so I watched a couple of Youtube tutorials and learned slowly. I really don't think that it's a hard sport to practise, but it takes time and patience to feel comfortable on the board. It really helps if you can already snowboard or surf, then it's easier, because you already have your balance and you're not so afraid.

What are the most difficult things you have to learn?

Balance is the most important thing. Don't make the same mistake as me and start on the street, practise somewhere where you can hold on to something. Check if you're goofy, like me - that's when you skate with your right foot forward, left foot back, or you're regular - the other way around. Start out slow, get comfortable with how you feel on the board, and don't rush into it. It can be scary in the beginning but you'll get the confidence with time. And remember to bend you knees! You can avoid most bumps by dropping your weight a little to create a little natural suspension. 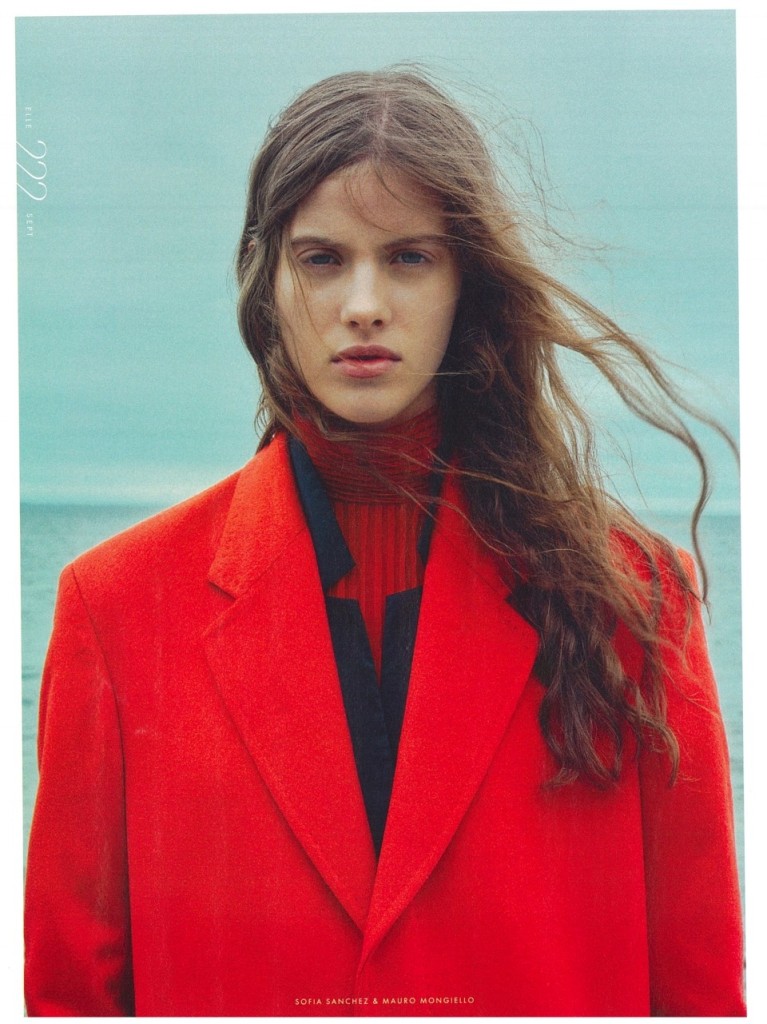 Your boyfriend skateboards - do you skate together?

Yes, we skateboard together and we enjoy it so much! We always say that buying skateboard was one of the best decisions I have ever made. He was really surprised when he saw that I had bought one, and he was afraid that I was going to hurt myself. But I taught myself, there's nothing complicated about it, I just watched a Youtube tutorial and figured out the rest!

It really improves your balance, which is great if you want to learn any other "board" sport. For me it was a great help to learn to surf and snowboard, it was much easier and I learned really quickly. 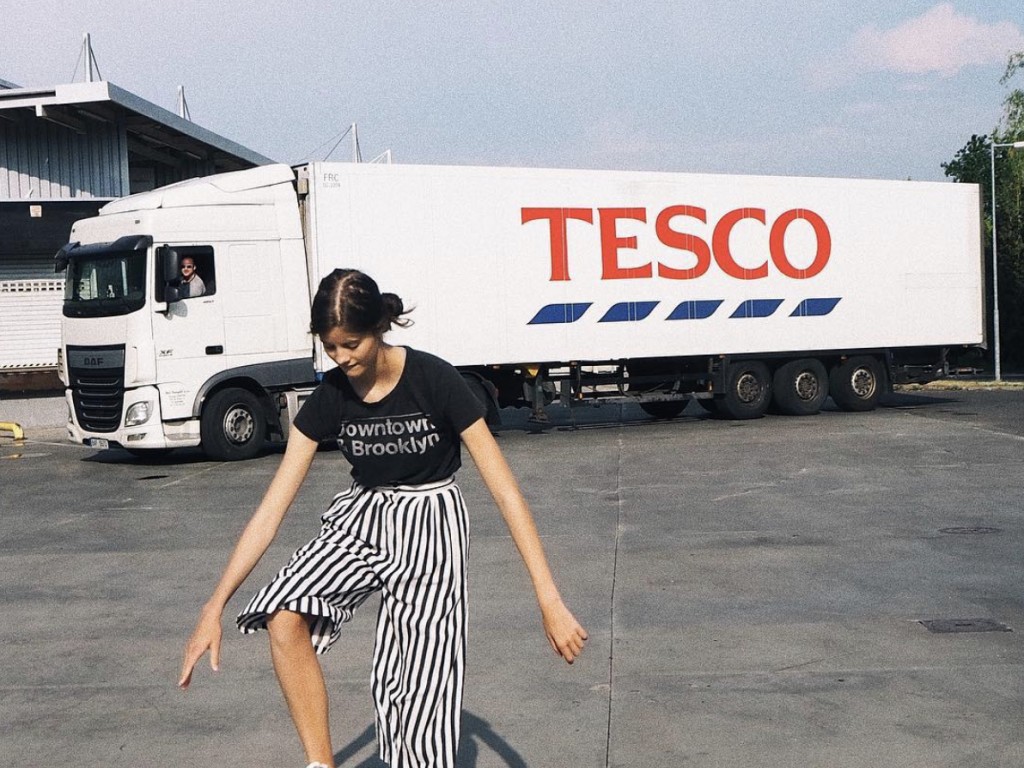 Where is the best places in which you ever skated?

I think it has to be Moscow. The city is so beautiful, very flat and all the roads are new and smooth. I was having the time of my life there! In Spain, I've only been to La Coruna, it's great for skateboarding, especially along the beach promenade. My hometown is not the best because it's quite hilly and most of the roads are broken or uneven. But I found few places I like, for example a parking lot behind a local Tesco. We also have a brand new skate park, but I can't do any tricks, so I just go there to watch. 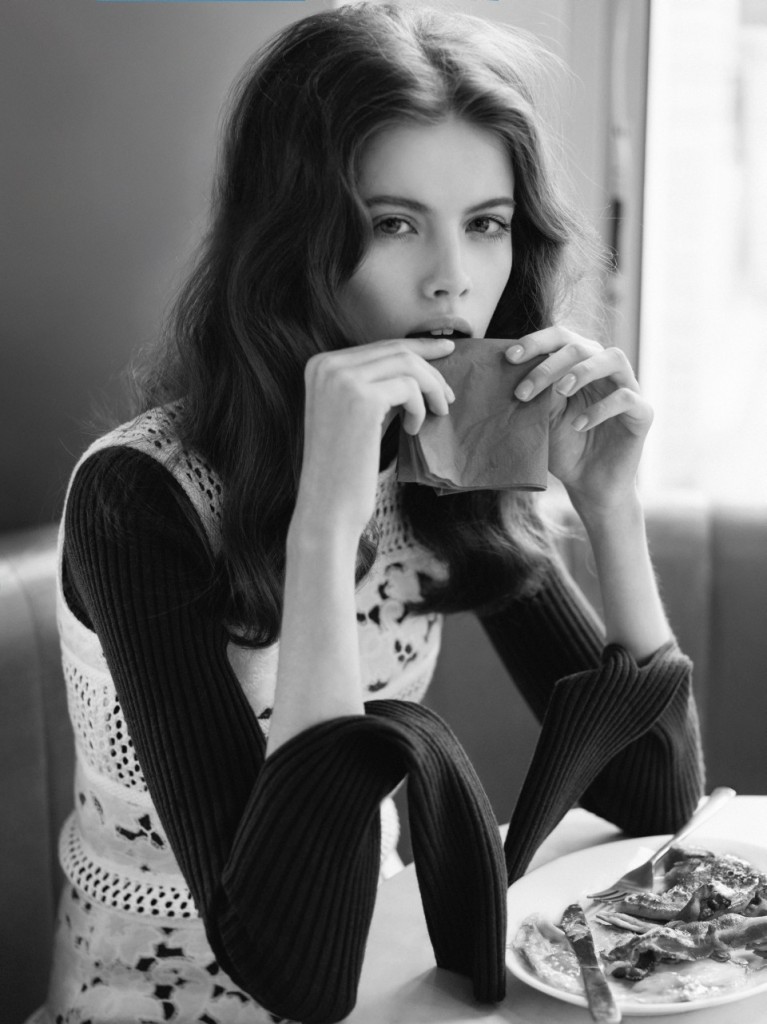 You told us also that you had one longboard – for you, how have you found the difference between skateboarding and longboarding?

Well I never really imagined myself doing tricks in a skate park, I just like skateboarding for fun and using for getting around cities. Longboarding is perfect for that, it's big so you feel more comfortable on it and riding it kind of feels like surfing. You don't do tricks on a longboard. The penny board is similar to a longboard, but very small, so it's harder to find balance, but it is perfect for traveling!

Have you met anyone interesting through skateboarding, or has it started any interesting conversations?

Yes, so many people! I love watching people skateboard in a skatepark, everyone has such a unique style. But the thing I appreciate the most is that I can skate with my boyfriend, we take ours everywhere with us, and have so many great experiences together! We were even skateboarding in a music video for one of his band's songs. 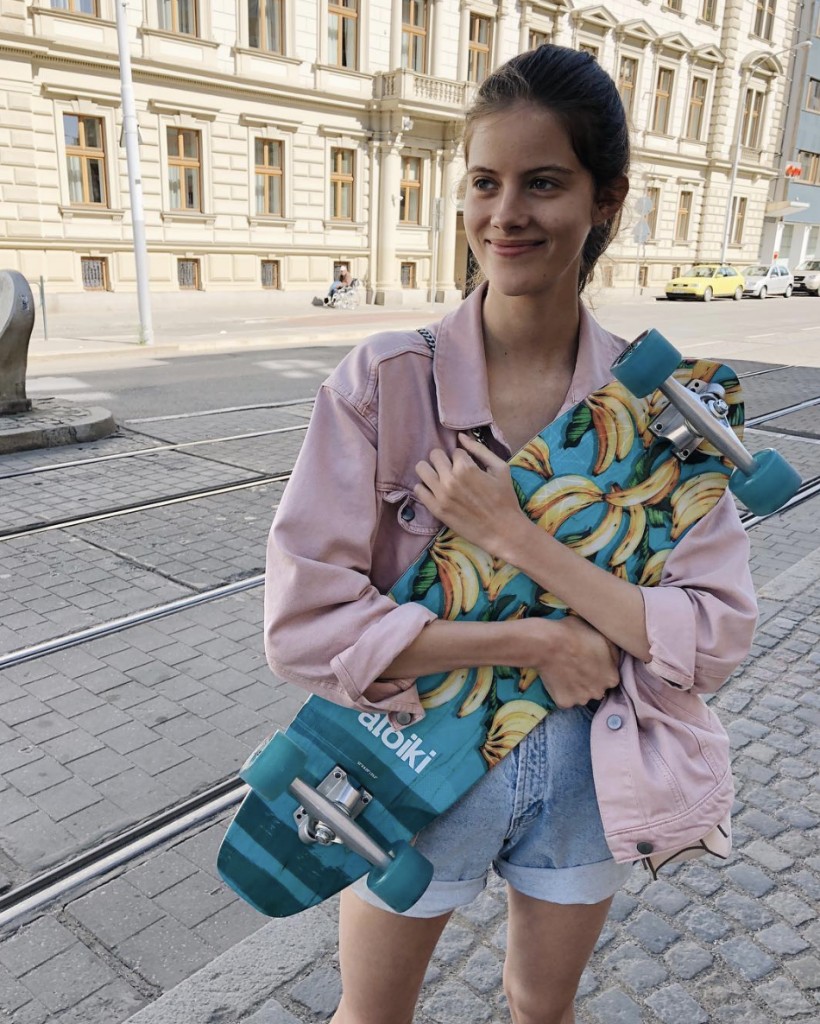 Is skating useful to get around at fashion week?

Yes! Skateboarding is faster than walking, very convenient and so much fun! I even took my penny board to a Chanel show, the photographers took street style pictures of me holding it, and I skateboarded home! I also love bringing it to the airport with my carry on. You save so much time, instead of walking through those endless corridors, you just skate! 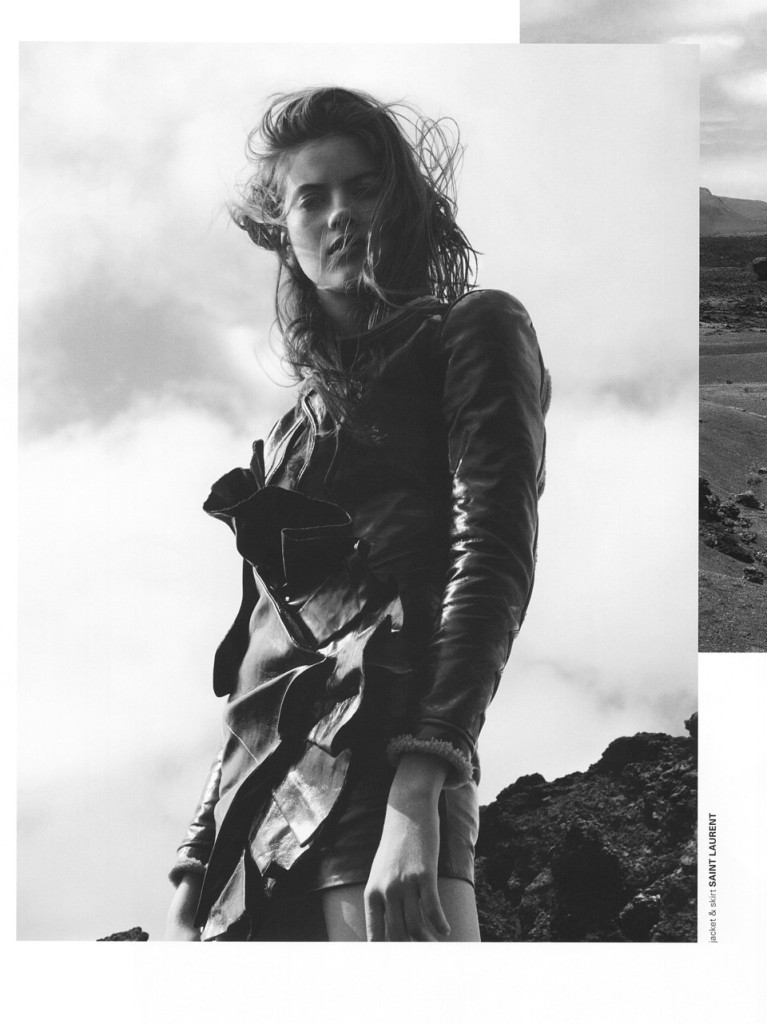 Some people might think of skateboarding as a male-dominated sport - do you find other women who skate inspiring?

I follow many cool girls who skate on Instagram, who inspire me a lot. Skateboarding is for everyone and that's an amazing thing! Personally, I really want to keep exploring the world on my penny board, because that way I enjoy the cities even more. I'm going to Sri Lanka for a vacation, so maybe I'll bring it there with me. Stay tuned!! 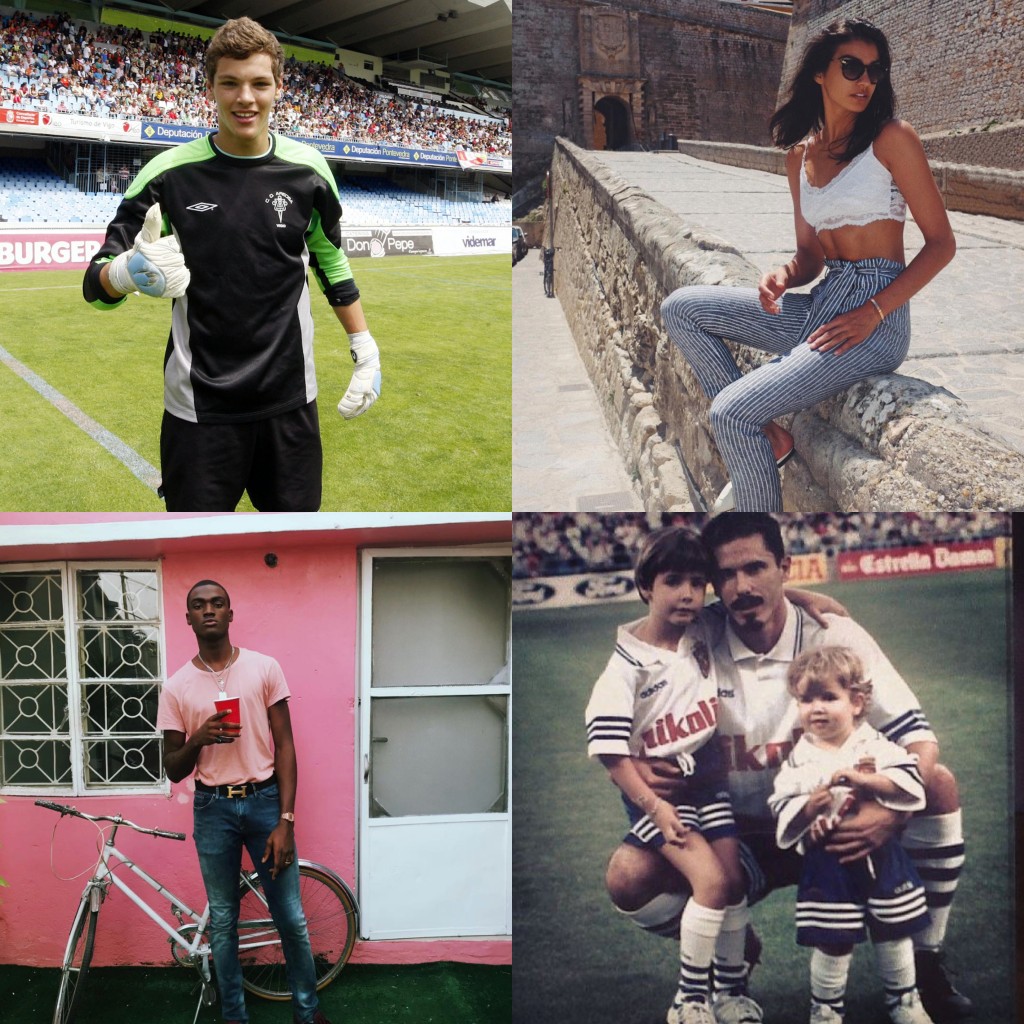 How to Workout Like a Model: Yoga | Video Tutorial 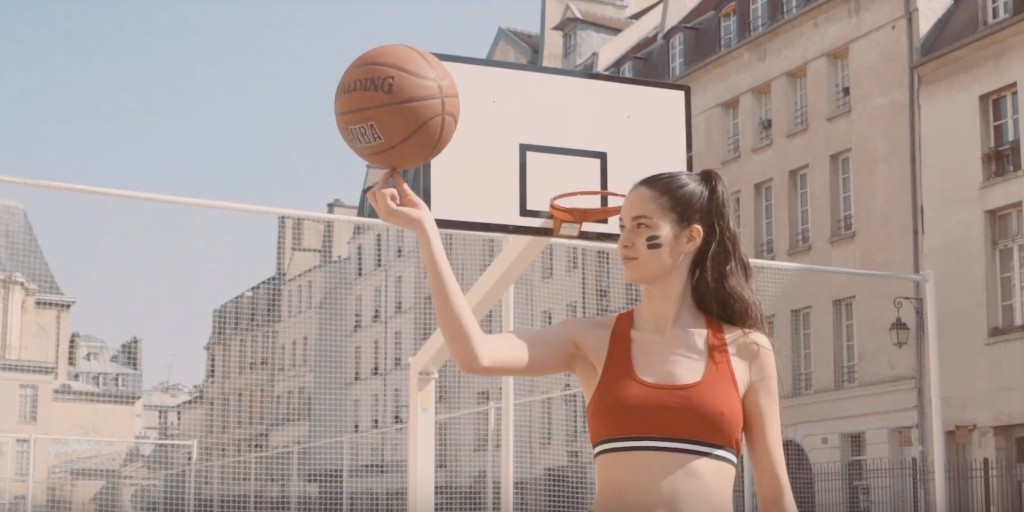