My Model Life With Florian Luger

Model Life • EML Austria
Florian Luger is a model with Elite in Milan, Paris and London. Discovered through the EML contest in Austria, he is now based in Vienna, where he has just finished a degree in Business Management. After taking part in EML in 2012, his career was launched on the menswear catwalks the following men's fashion week in Milan, the following June. We sat down with him to find out how that journey has unfolded for him, his interests off set and the single thing that would improve the quality of his life - if only he could stop!

You took part in Elite Model Look. What do you remember about it?

Yes, EML 2012. It was really exciting! Originally, it wasn't my intention to go, it was just out of fun. First, I went to a small casting, then to the National Casting. There really were no expectations, but once I got into it, I really wanted to win! Then I went to Milan, and Paris, and the bookers at Elite Milan and Paris were very good, and they pushed me then. 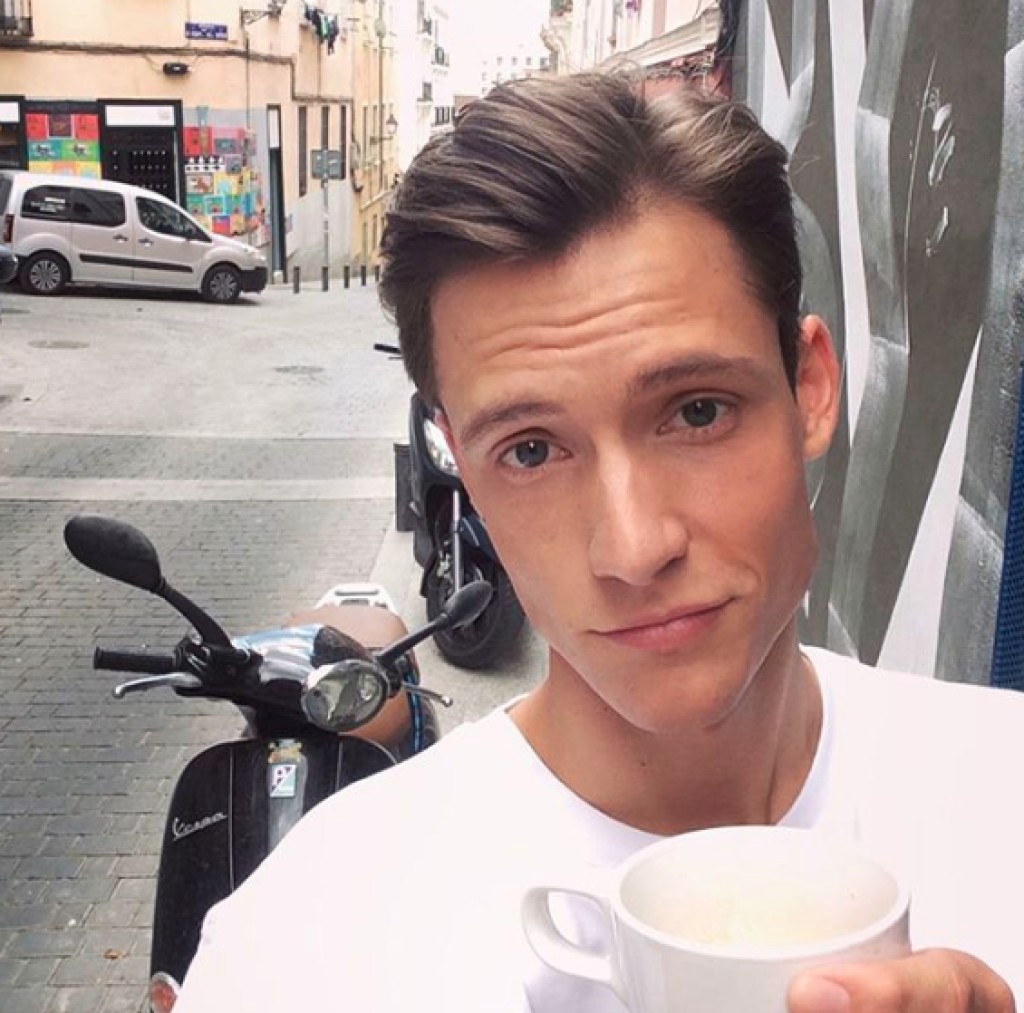 Did you meet people when you did the competition that you still see around?

Yes, absolutely – a lot of people. Also the Winners in Austria who came after me, we are all close friends now. The contest has a really strong history in Austria, especially for boys. 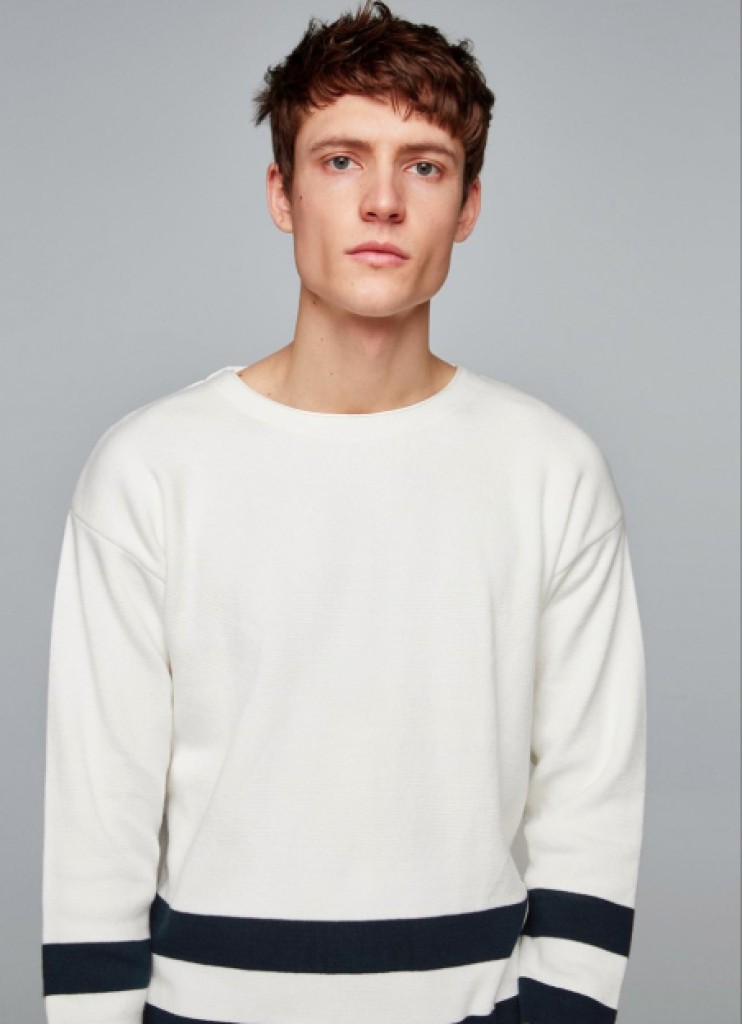 Boys didn’t take part in the World Final in 2012 – did you feel like you missed out on that part of the experience?

No, I think if you win the World Final, it doesn’t mean you have a better career – it depends on what happens after the contest too, if you sign with the agency, and I was already with Paris and Milan. The teams there supported me from the beginning, and they said they would make me a big star, and it was really exciting for me. 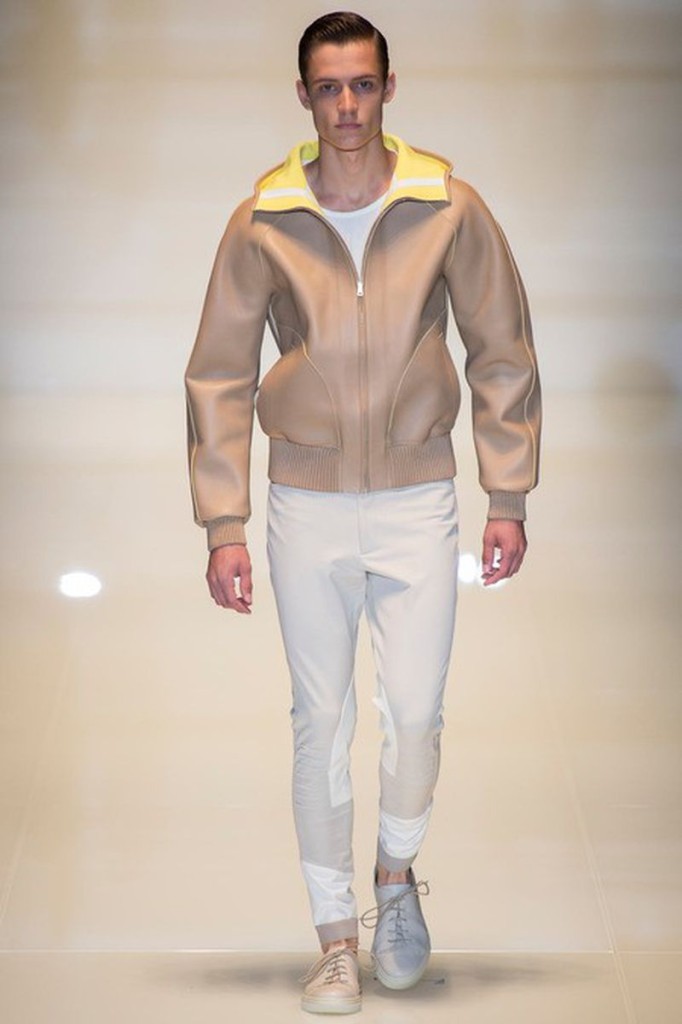 What was the first big job that you did then after you did the EML Austria Final?

Actually, my first Fashion Week came a right after that. I did Armani, Prada, Gucci, quite a lot of shows. It all happened quite fast! I remember that it was tiring, but exciting! I mean I couldn't do it now again at my age, like you have to go to a casting and wait in line for three or four hours, but when you are 18 years old, everything was so exciting to meet all the designers and do these shows and see all the photographers. EML definitely helped me! Otherwise, I wouldn't have met the big agencies or had the focus from the agency. No chance, not right at the beginning of my career. 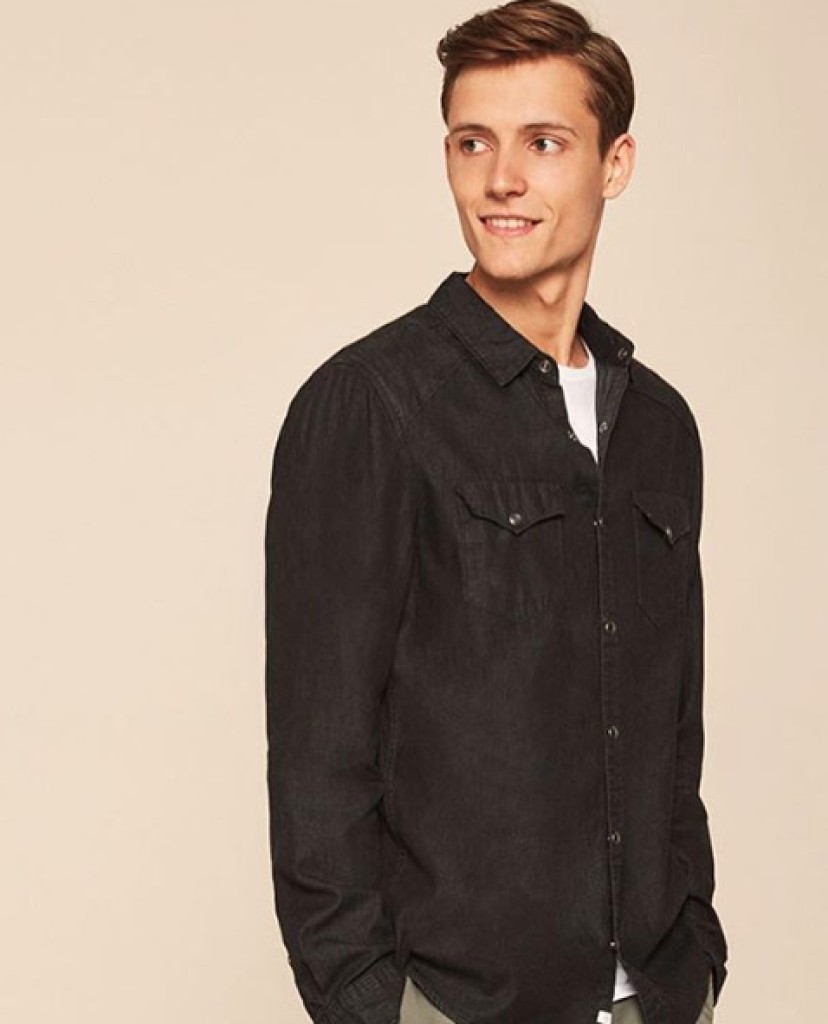 How has your career changed since you took part in the EML Austria Final, from your point of view?

Right now, it's just I'm actually based in Vienna, and I do more direct bookings now – only direct bookings. So it changed completely because in the beginning you stay in town – in Milan, Paris, London, wherever - and you do all the castings and things. Now I have fewer clients, but clients all over the world. It's less exciting but more comfortable now. 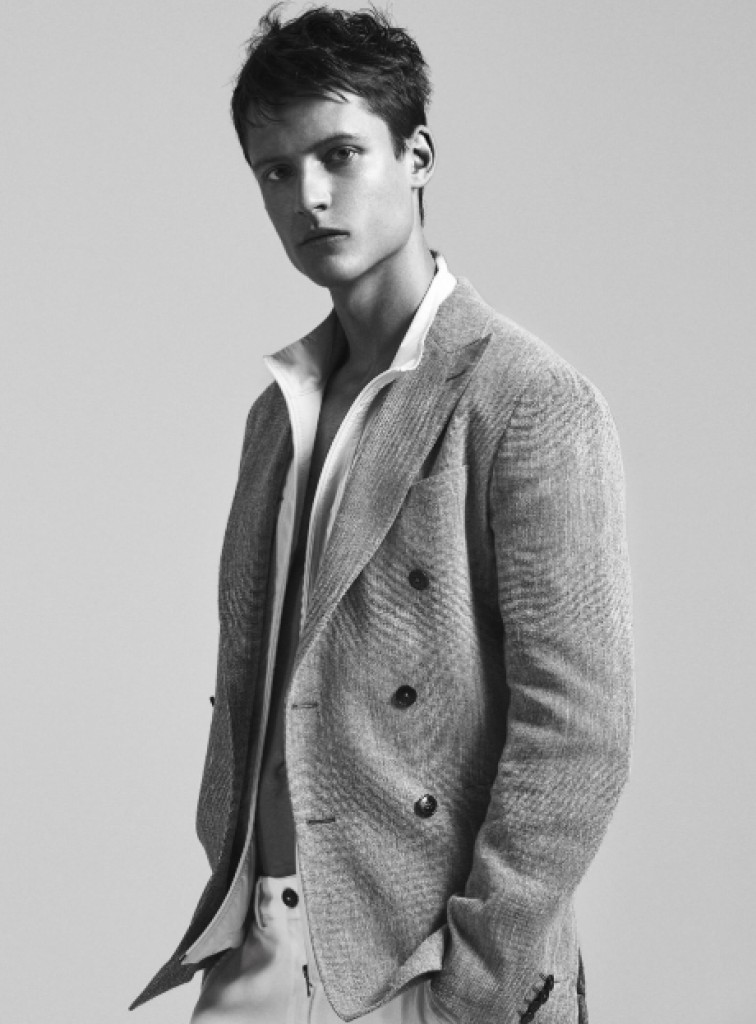 I do a lot of sports. I tried to work out every day back home in Vienna. I like the gym, and I do kickboxing. It's a good workout, but it's really fun as well. It helps me to feel balanced. A friend got me into it, someone I know from university. It helps me to stay fit. 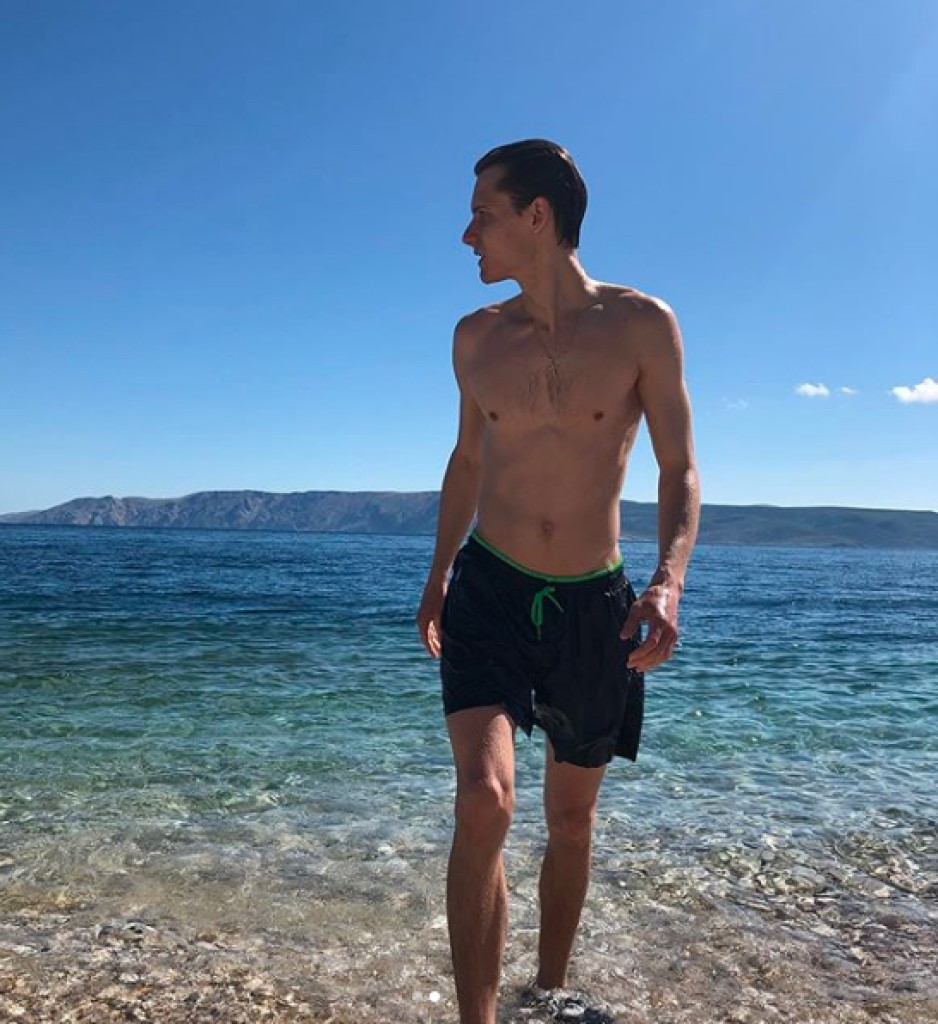 Where is your favourite place to work in the world?

It's really hard to tell! It always depends on the people, on the jobs, on your friends that you have in town. So to be honest, Milan is not somewhere I would go on holiday if I had never been before, but it’s where I started my career, I have a lot of friends there, it’s where I had my beginnings, so I love to go there if my friends are around.

What did you study at university?

I studied business in Vienna. I got a bachelor degree - three weeks ago! It has definitely given me a different perspective when it comes to modelling, it keeps me grounded, and I realized that the first couple of years of modelling, with all the travel – I wanted to be based back home, study and to do some modelling on the side.  It also helps to know you have a Plan B, when there is a lot of pressure! 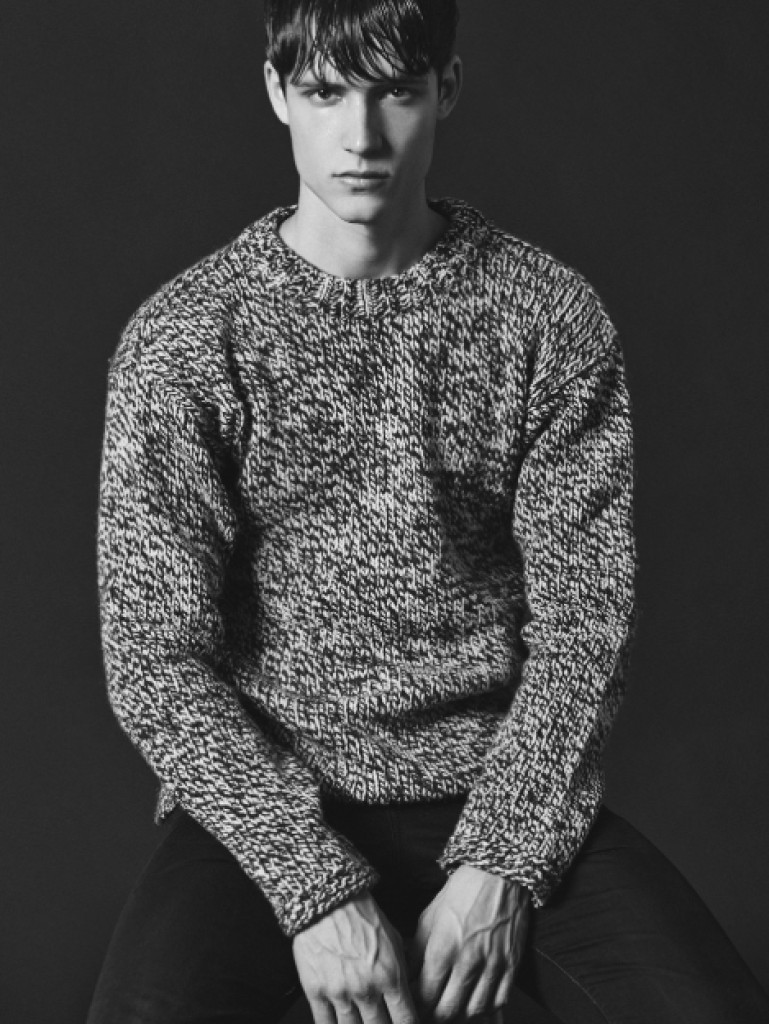 If you left modelling completely, what would you do?

I specialized in auditing and tax management, so something to do with accounting.But let’s see! It’s so different from model life, where you’re working, shooting anywhere in the world, in the street, on a beach, on a catwalk – they are two different worlds – it’s crazy! My classmates at uni thought that it was cool that I’m a model, they had student jobs that were very badly paid, so I feel like I am very lucky with modelling! 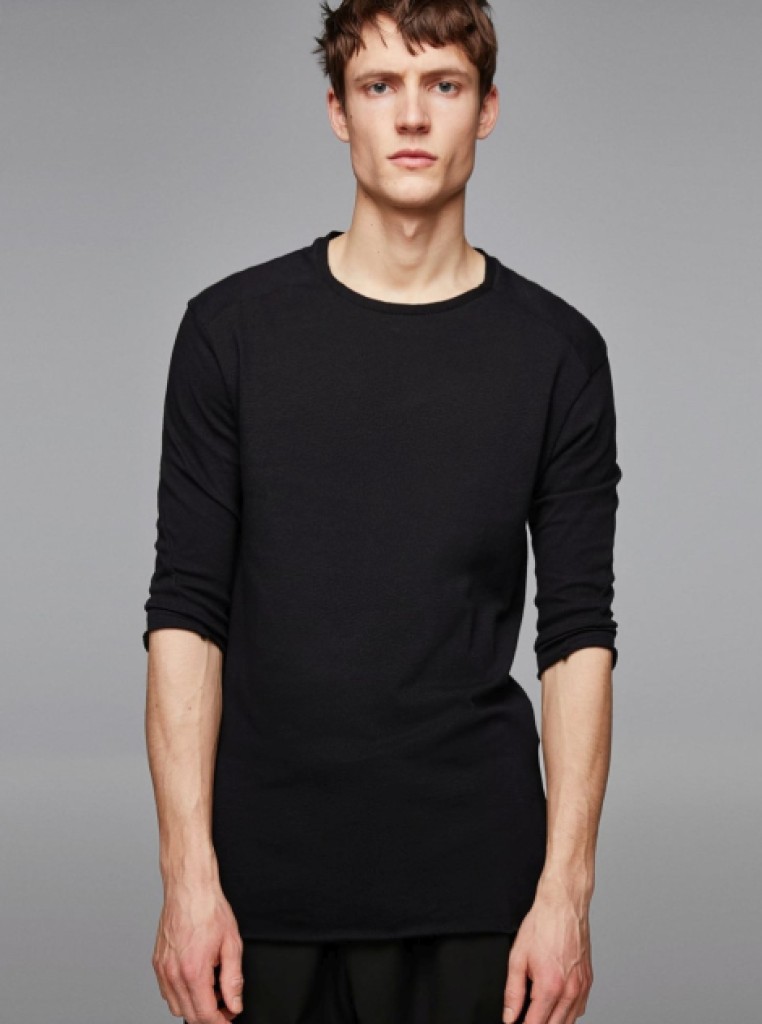 Do you have a hero or a heroine?

I have so many! Anyone who is better than me at something I admire! It’s hard to choose one – at the moment, I really like Leonardo DiCaprio, he has amazing acting skills, for example. Or when I’m watching sports, the players sometimes do things which are just amazing! 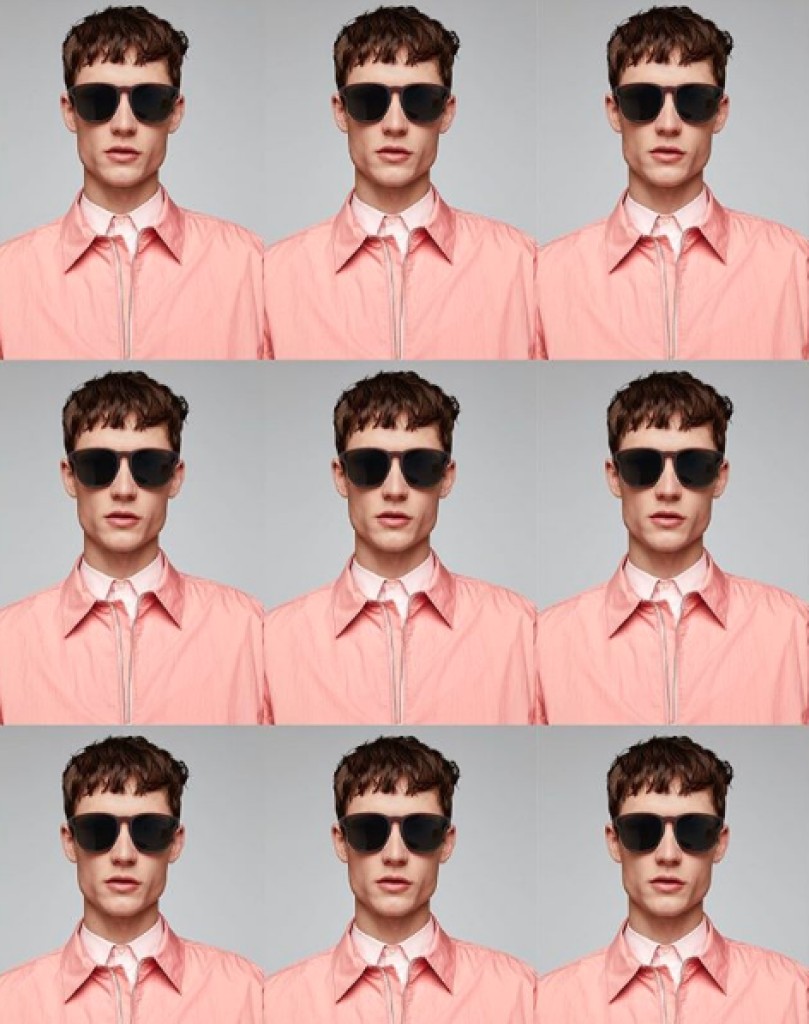 What would you like less of in your life?

Well, I'm not sure if this is the correct answer, but I would like to use my phone less often! It’s actually one of my goals in the next few years, because it gets worse and worse. I'm happy that I can turn off the phone for one or two hours. Especially in this business, where you have to be available all the time. So you could turn off your cell phone during the week, you might get in trouble! 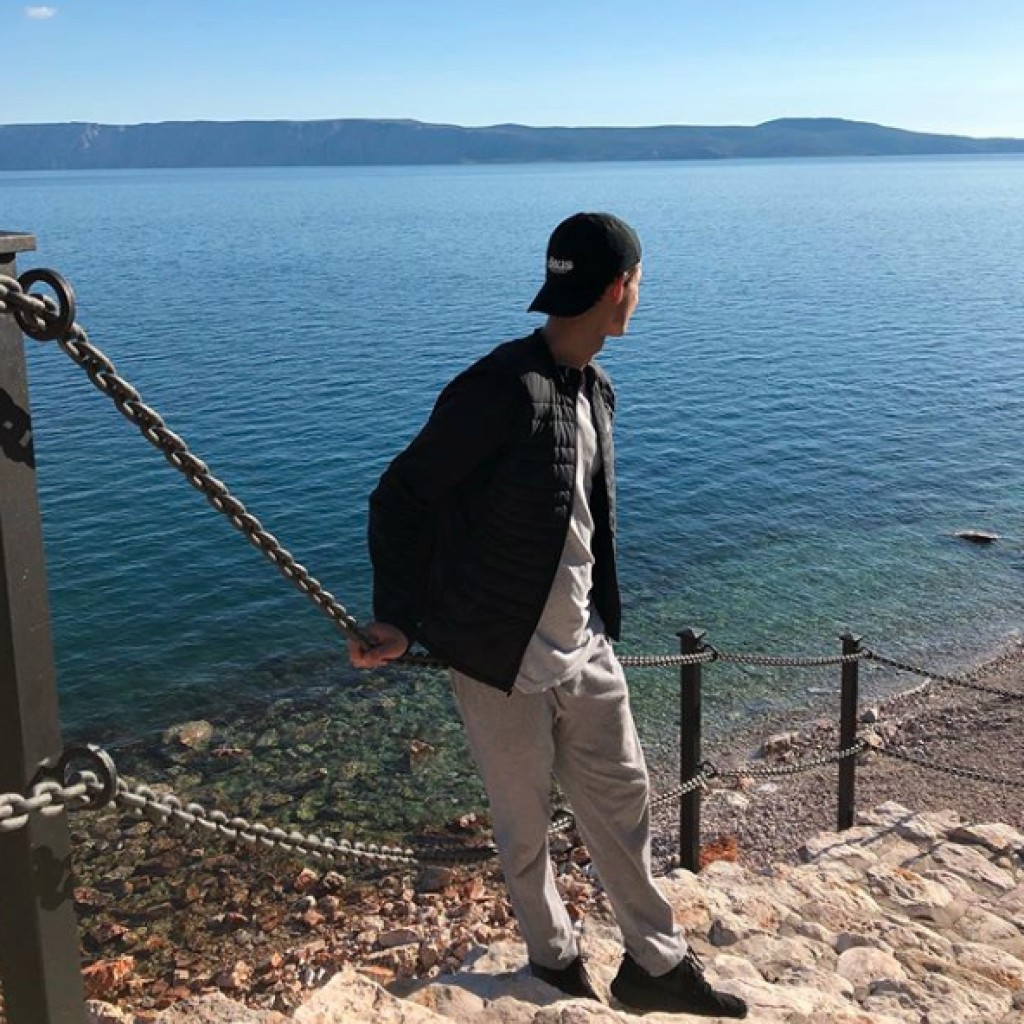 More holidays in Austria! It's just something that I have started to want to do more in the last two three years. The more I travel, the more I appreciate my home country. There are less people, it’s more quiet. Austria is a lot of beautiful lakes. And it's so quiet and it's so beautiful and I really want to see all of them. 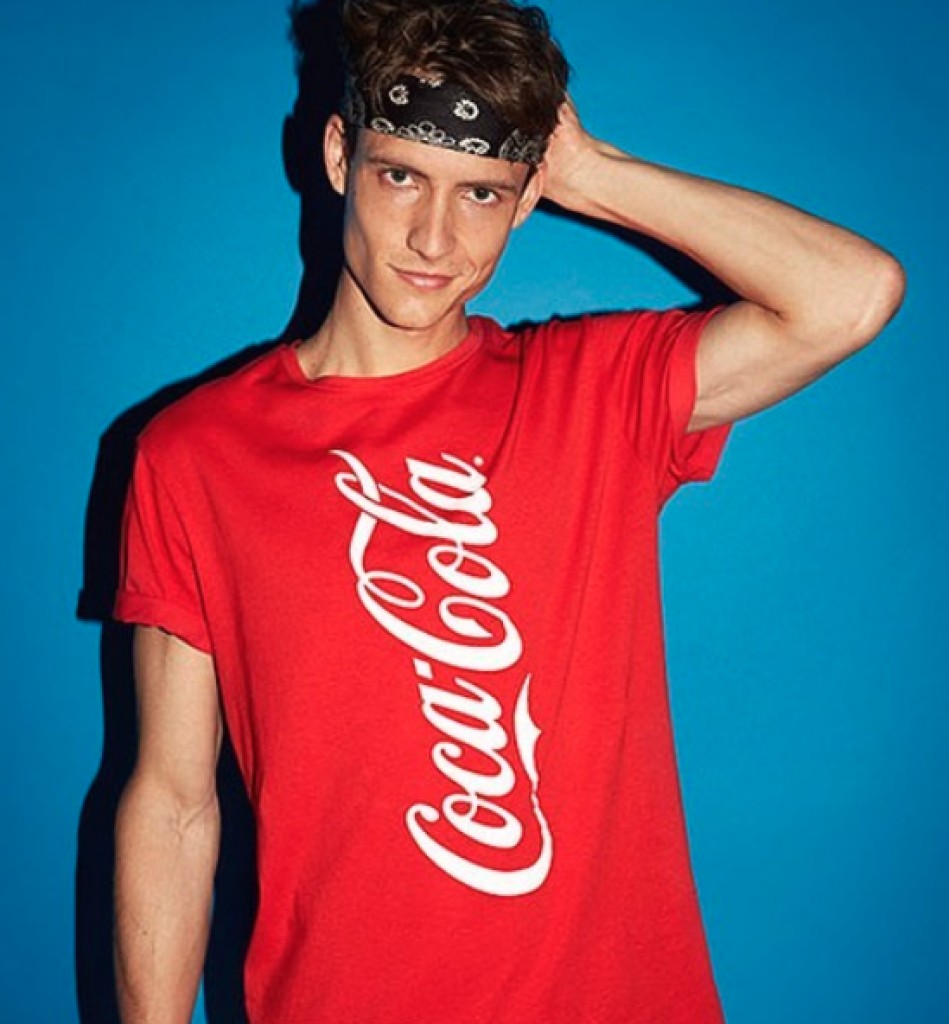 What advice do you have for anyone who is applying to EML this year?

Go with the flow and just see what happens. Don't get mad if it doesn't work out. Don't put pressure on yourself because you actually don’t have much influence on the outcome! That’s the best advice I have for people. That's exactly what I would tell everyone who starts modelling. It’s not like sport where you need to practice – people like you or they don’t like you, so just enjoy the process! 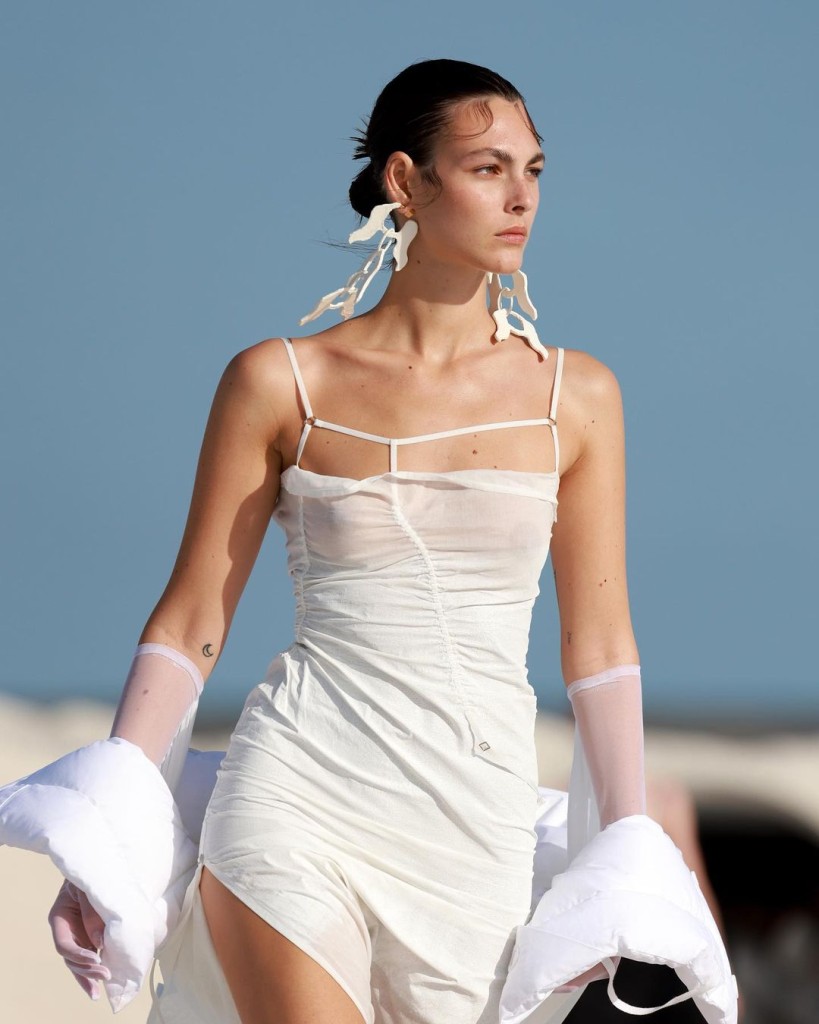 My Model Life with Vittoria Ceretti 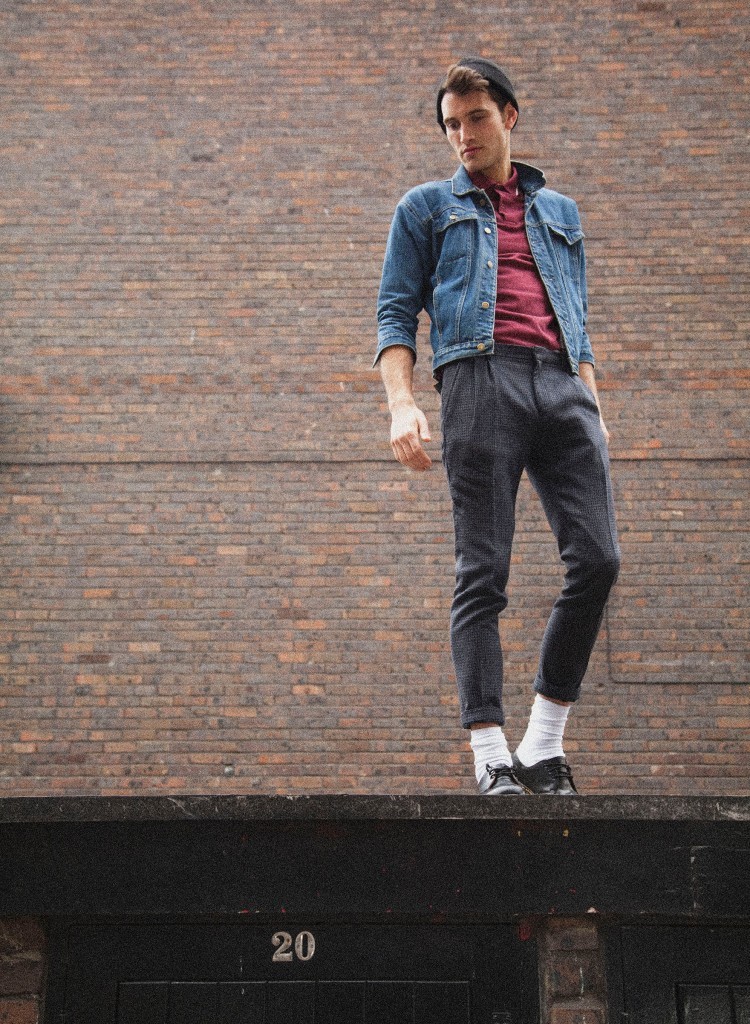